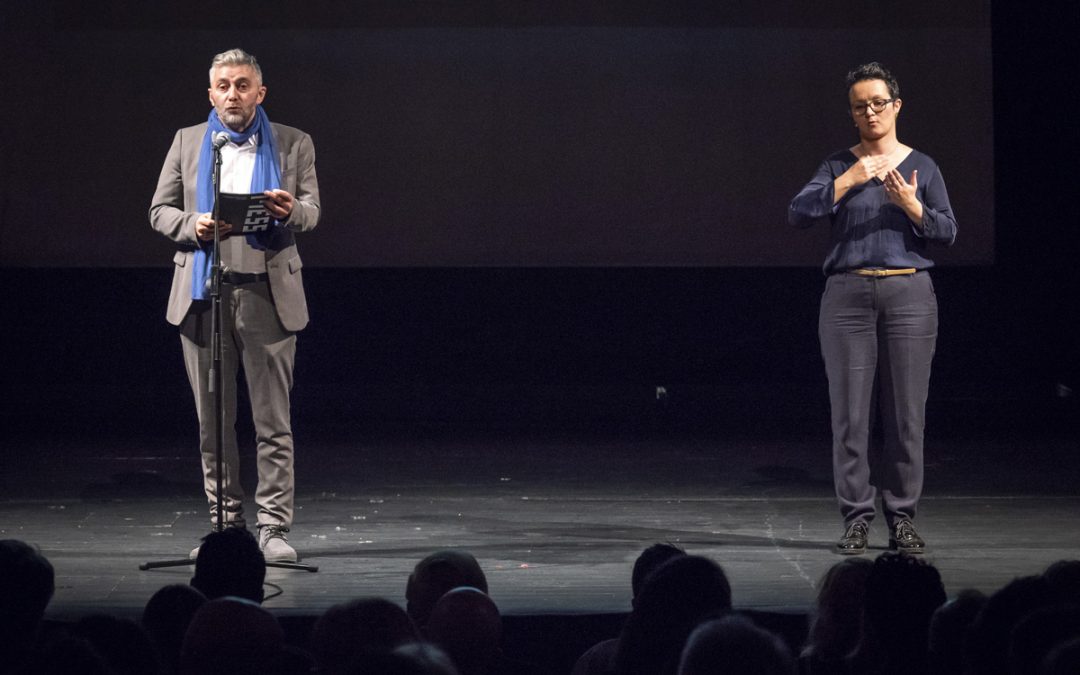 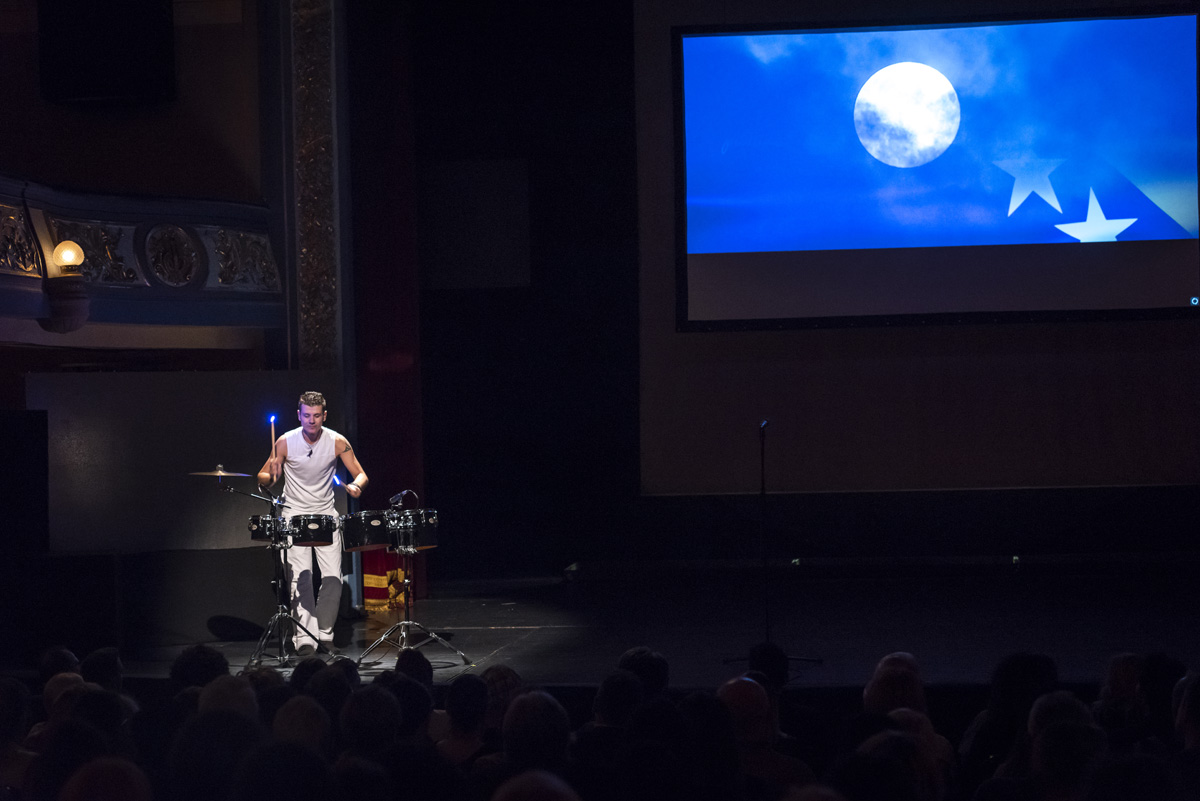 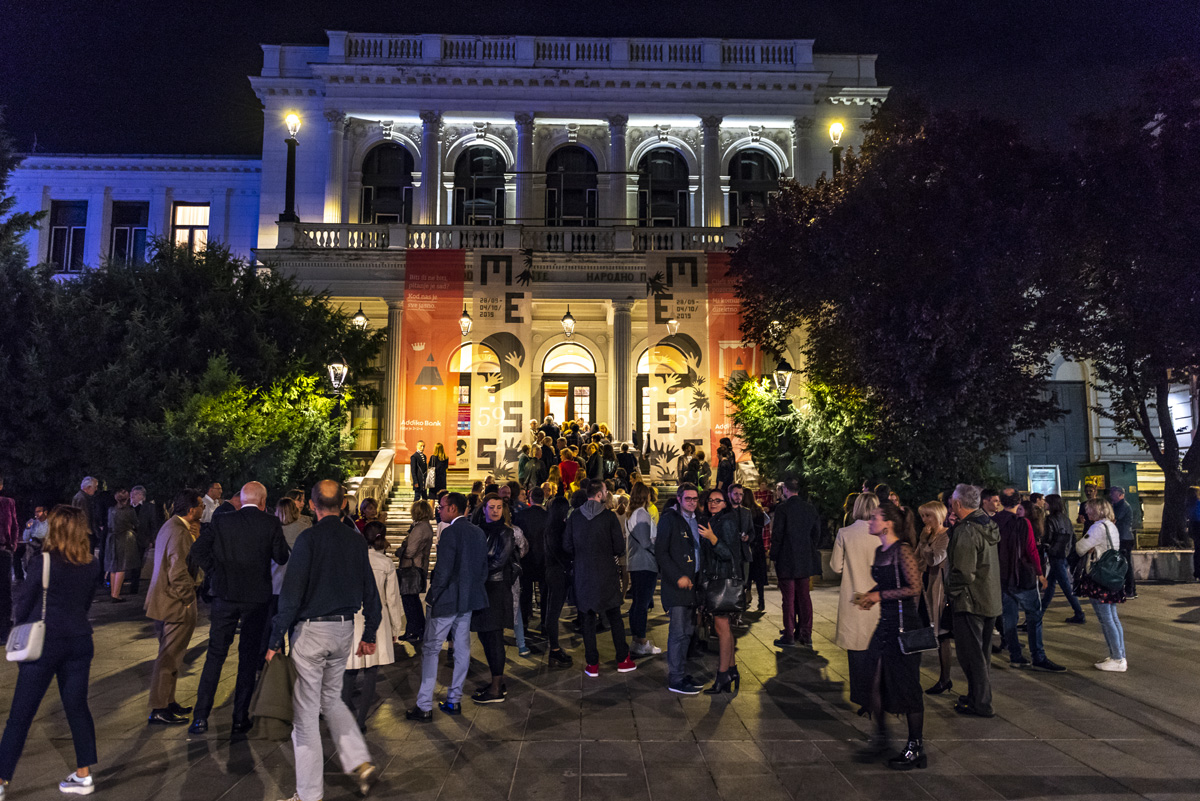 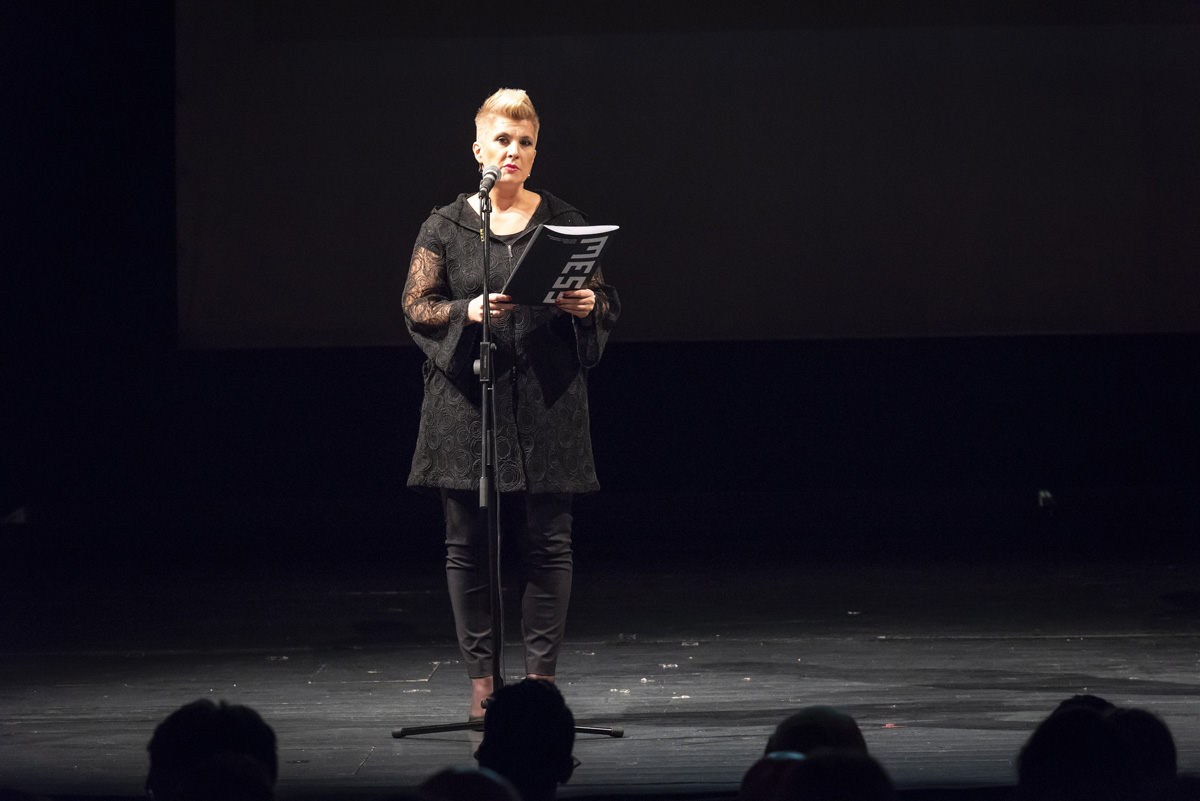 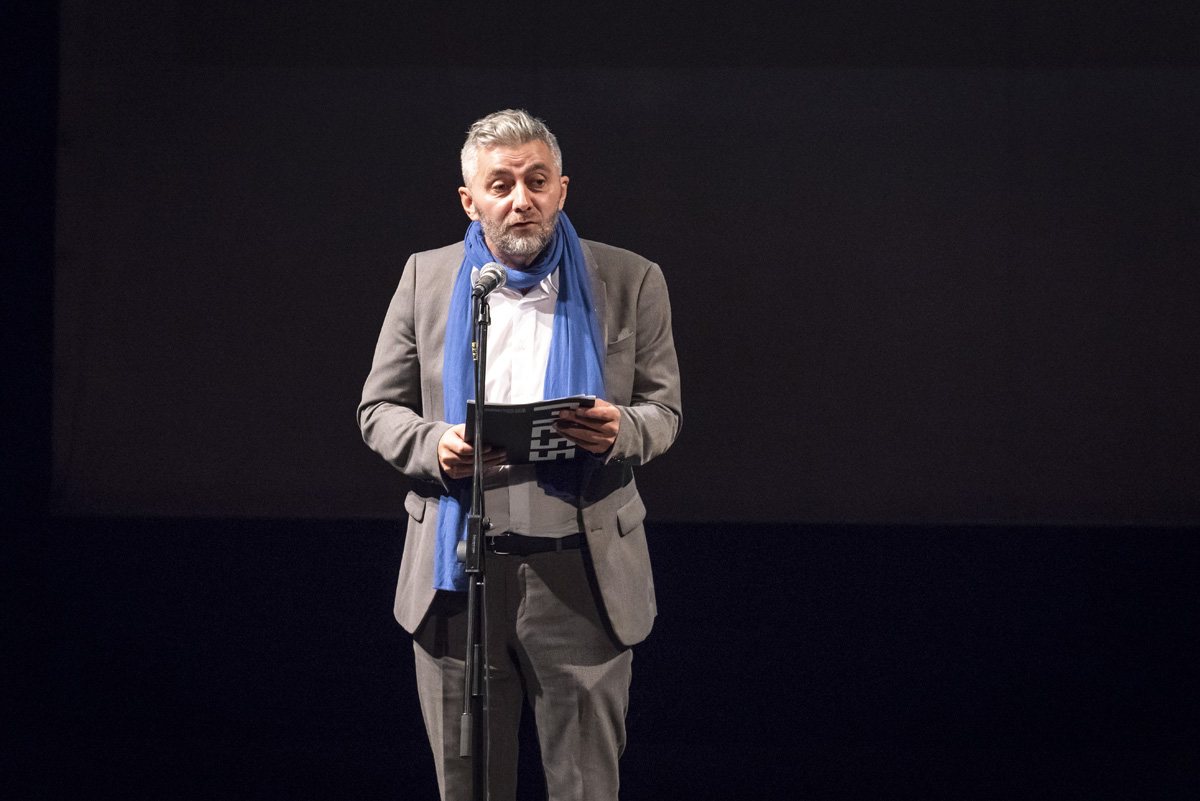 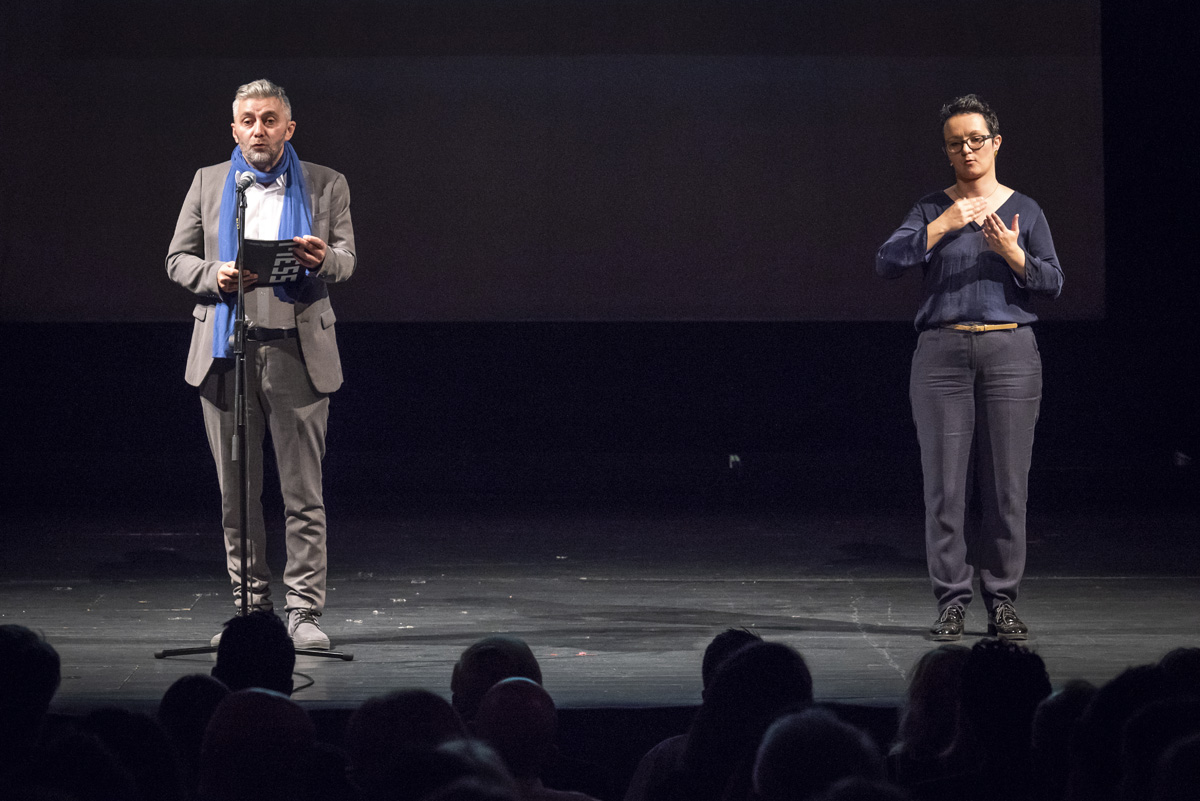 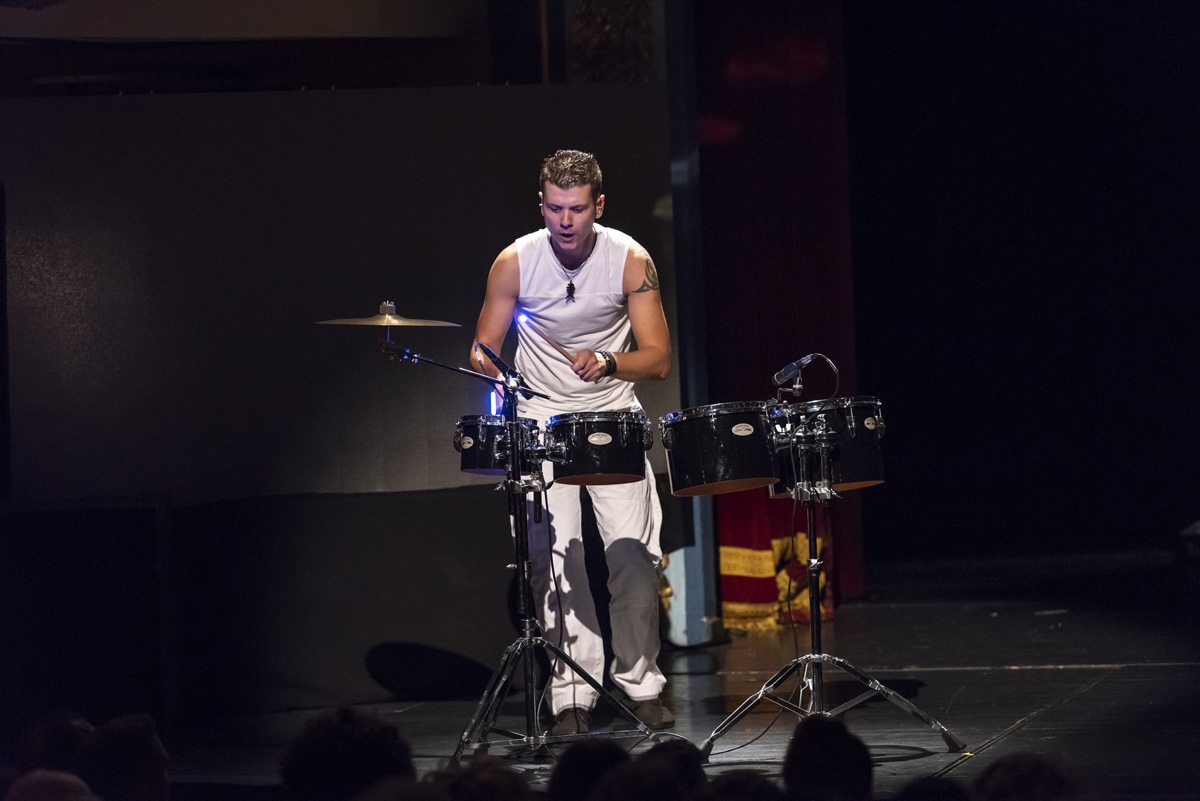 With a spectacular performance that combines video art and music titled “Fluidity of Life”, the 59th International Theatre Festival MESS was opened this evening in the National Theatre Sarajevo. Video artist Shubi and musician, and a percussionist Drumjay portrayed the chaos and fragmentation of life in present times through image and music, but also the atmosphere in which the 59th edition of one of the most highly respected theatre festivals in the region is being held.

“The performance “Chekhov’s First Play” by Irish company Dead Centre, based in Dublin, which was supposed to be the closing performance for this year’s MESS Festival, will not be performed this year due to a decision by the Federal Ministry of Culture and Sports to reduce funding. For this reason, the MESS Festival Office had agreed with the jury members to hold the award ceremony next year, one day before the start of the 60th milestone edition of MESS Festival, when we will close the 59th Festival, only after we all see this play too. And we will!” stated by Nihad Kreševljaković, director of the International Theatre Festival MESS. After noting how those who predicted that television and the internet will be the end of theatre were wrong, Kreševljaković highlighted the fact that theatre has always been, and will remain an important experience in the lives of many people, because MESS is one of the oldest Festivals in Southeast Europe, and Sarajevo the only city in Europe where a theatre house was founded in the midst of war!

During his opening speech, Kreševljaković reminded the audience that in theatres we are becoming citizens of planet Earth, and MESS Festival is the symbol of this fact for 59 years now. For this reason he mentioned how our faces are facing screens and monitors way too much, and how the idea of all the people coming here, breathing together and staying close to each other is endlessly important because it connects us – as people. “That is why people love MESS for 59 years now. MESS is a part of many of our childhoods. MESS is older that many of us. We were born, and grew up along with MESS and many good people who sat in those same chairs had left us and were honored by MESS… Past performances, but also parties are symbolic of MESS, and those moments when we would hand down accreditations in order to enter and see the performances. Each of us has some of their own memories: of a certain performance, an actor, an actress, a single moment in time… MESS exists in our memories of this city and is also its part. And because of what we know about MESS, we would very much love that future generations also have MESS as part of their upbringing”, Kreševljaković concluded at the opening ceremony of the 59th MESS.

21 productions from 11 countries are part of this year’s 59th MESS. From a Hungarian production directed by famous Kornél Mundruczó, “The Imitation of Life”, which started off the 59th edition of MESS by asking if we choose our own fates or if our lives are predestined, the Festival will also welcome guests from Greece, USA, Belgium, France, Italy, Germany, Serbia, Croatia, Montenegro and Bosnia and Herzegovina. Children’s laughter has already spread through theatre halls with the opening of Mini MESS, which brought the youngest audience a world much better than the one we are living in.

Tonight’s opening ceremony was directly broadcast to audiences of BHRT, the general media sponsor of the Festival.