«CATHEXIS #1 TRUTH ON TRIAL», A POST-PERFORMANCE CONVERSATION WITH THE AUDIENCE 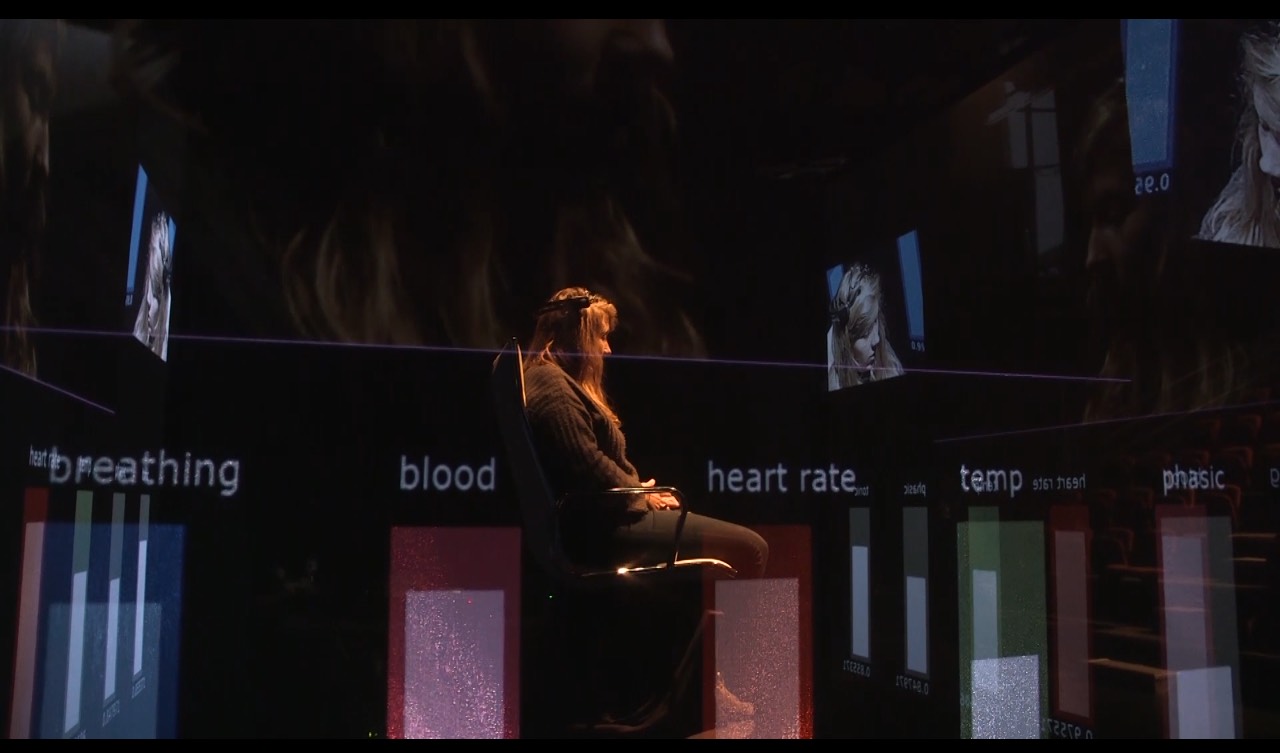 «CATHEXIS #1 TRUTH ON TRIAL», A POST-PERFORMANCE CONVERSATION WITH THE AUDIENCE

A combination of theater, science and technology tomorrow at the MESS OFF programme!
Tomorrow, on Wednesday, October 3rd 2018, at 5 PM, taking place in Art House Kriterion as part of the MES OFF programme, is a performance produced by Elapse and Heartefact Fund – «CATHEXIS #1 Truth on Trial». After the play directed by Nick Millett, a conversation with the audience will be held. Playing in the performance are Darja Badnjević, Amar Ćustović, and members of the «Thetruthtech» ensemble. MESS invites the audience to participate in designing a new paradigm that represents collaborative justice and therapeutic jurisprudence worthy of the 21st century, where people and machine function as one. ELAPSE and Heartefact Fund have joined forces with the start-up company TheTruthTech™ and an international team of people on the project that combines theater, science and technology. Designed in order to create something completely different – Trubē™, an intelligent technology that will make for a revolution in legal systems of countries around the world. Although still functioning unofficially, in stealth mode, this project is conceptually being tested in an underground setting in Belgrade, Avignon, Dijon, and in Paris, France, in Brussels and Louvain-la-Neuveu in Belgium and in… Sarajevo. You will witness a radical transformation of the battered image of the court, its anachronistic theatricality, gloomy procedures and sclerotic government structures. You will be provided a chance to try-out Trubē™ yourself and to realize how one day our relationship with the institutions, and with ourselves will be “turbo-fied”. Especially because Bosnia and Herzegovina is a place in Europe where trust in the legal system is the least, we consider you most invited to create along with us a future in which truth will finally prevail inside our courts!