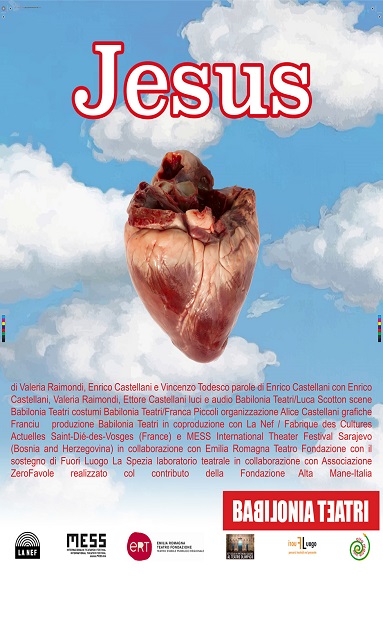 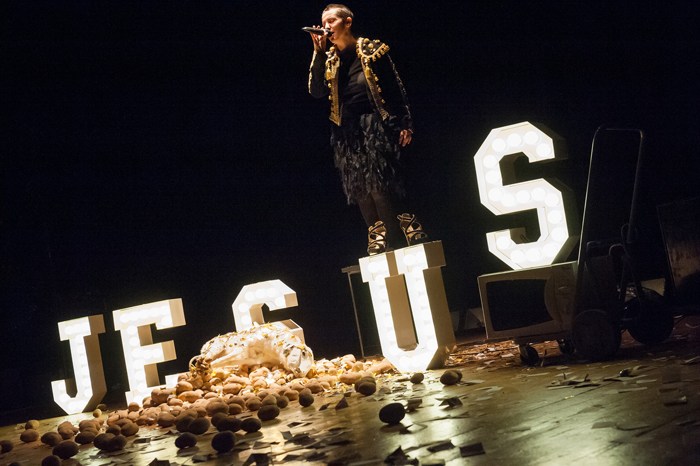 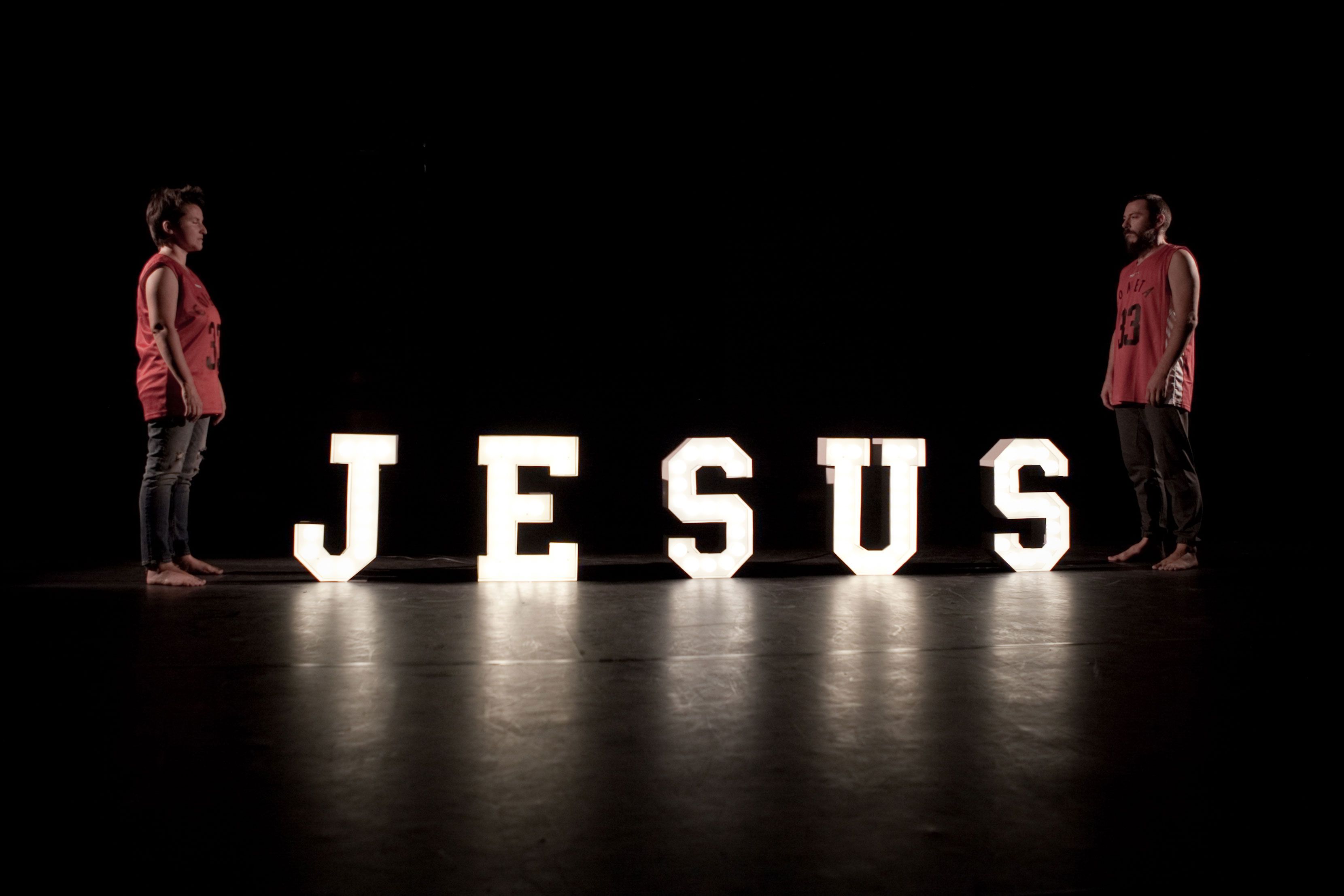 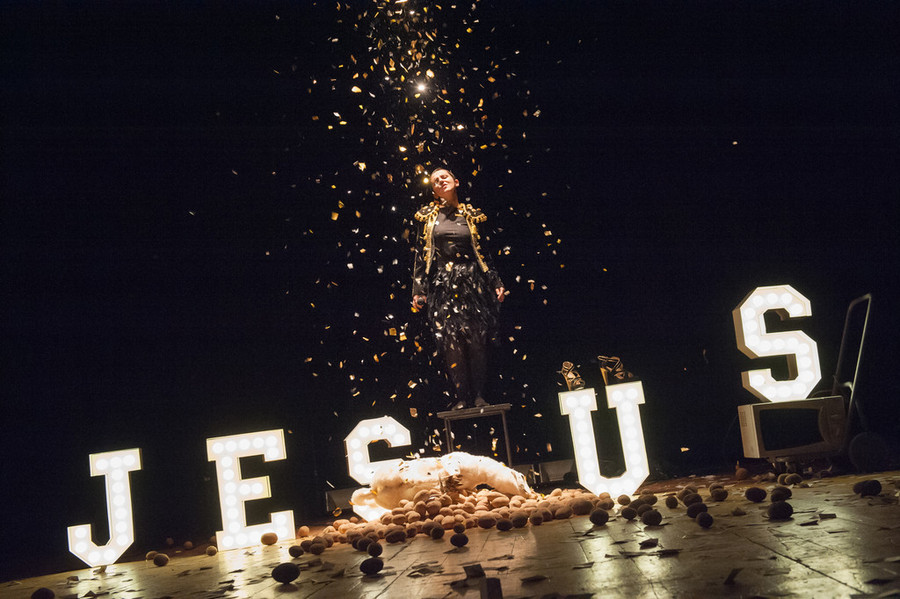 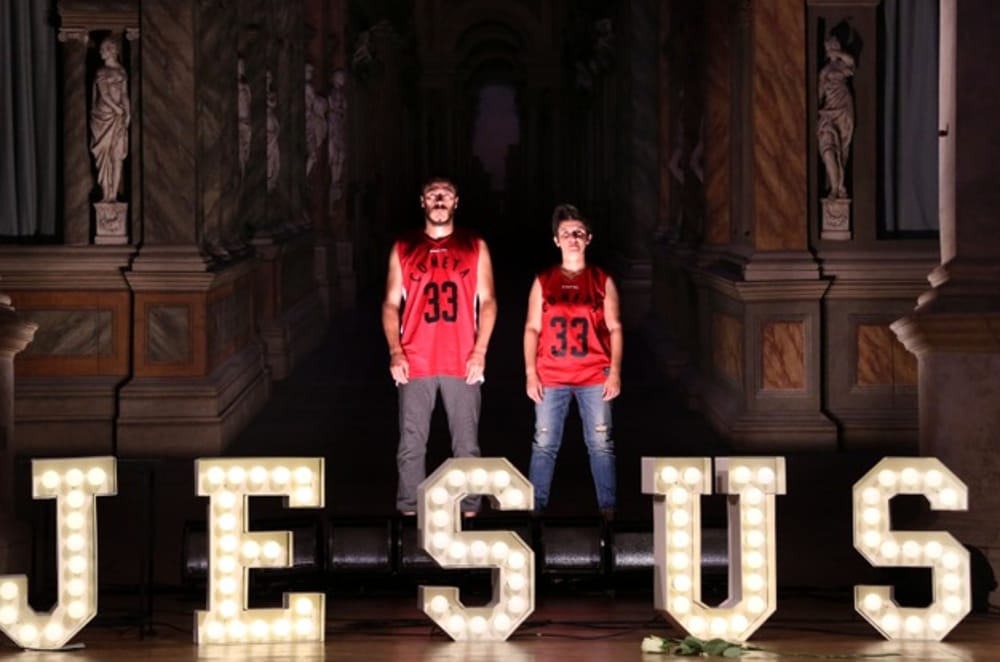 “Jesus” is a performance about the character of Jesus. Beginning from his story, his words and actions. Starting from the Gospel. We decided to venture off to the origin of our religion in order to understand where the need to believe is rooted. In order to confront the thought which has been passed over through the centuries, which has changed through time, shifted and many times negated itself. We wish to start from the beginning in order to confront the restlessness typical for all of us, and our need to sort chaos and find answers. We wonder what the role of religion in our life is. Religion enables us to come into contact with the holy or to negate it. A means of coming into contact with the divine or an answer to our need to know what our role in the world is. We are highlighting our need to question our needs for religion. On the basis of what is most intimate, but also the social aspect. “Jesus” deals with the topic of spirituality. “Jesus” is a question mark. Oftentimes dormant. Absent. Rejected or ignored. Sometimes you return back knocking. We are standing by each other. Suddenly. And on the road. Obstacles and blockades. Without hesitation or remorse. A question (question mark) that has no answer. None. It’s not been provided. Has not been applied.

Jesus was a single man. He became a religion, two, three, four… He became symbol, hope, reason, example, guide, sanctuary, goal. Who is he today.What does he represent and who represents him. Who needs him. Who uses him. Jesus questions our role as people. Parents. Children. He questions us about those last. Those first. Those mediocre. Those winners and those won against. About the insurmountable voids which we accept and nurture. About the gap between proposed principles and values, and the according and taken on lifestyles. Questions us about the Pope who wants to take the side of the weak while leading the church of those strong.