Only free theater can break down myths and stereotypes 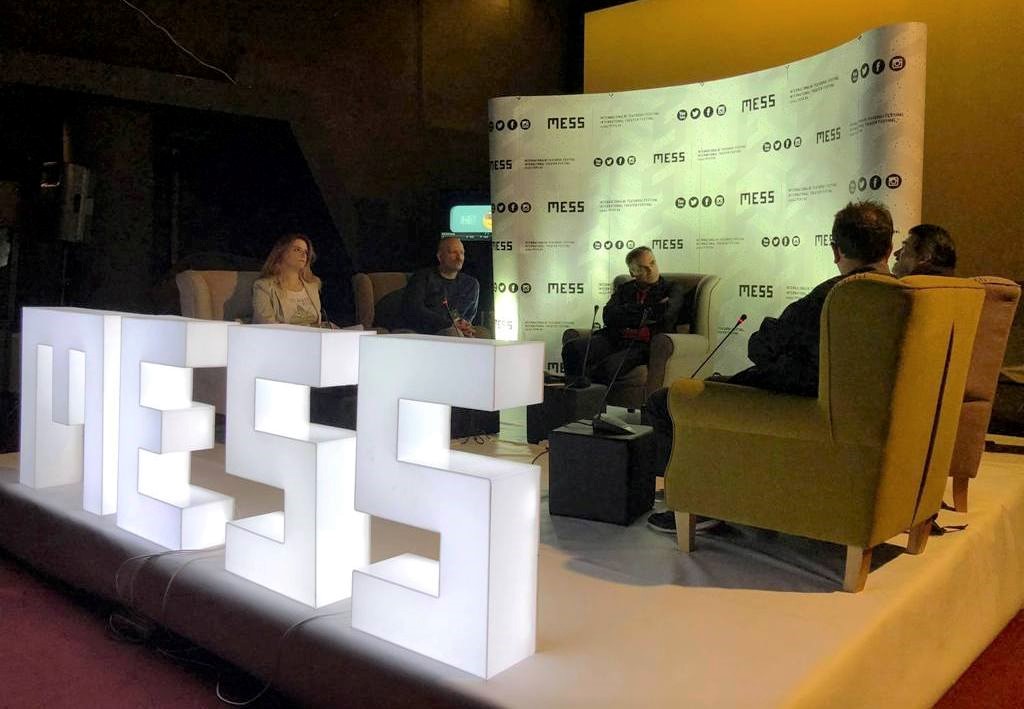 Only free theater can break down myths and stereotypes

Last MESS Forum held in Art House Kriterion
“The biggest battle of us artists is that we have free theater, and free art. Freedom of artistic expression must be made possible for everyone, but we always have to bear in mind our ethical and moral obligations”, noted by author of performance “Bordel Balkan” Jeton Neziraj, at today’s MESS Forum on the subject “Arts in the deconstruction of Balkan myths, nationalism and patriotism”. Participating in the forum along with Neziraj are director of play “Cezary Goes to War” Cezary Tomaszewski, Prof. Dr. Nerzuk Ćurak from the Faculty of Political Science, and a Montenegrin dramaturge Stela Mišković, while the discussion was moderated by Dino Mustafić. “The entire region, but Montenegro especially, has a special imperative to dedicate itself to theater that is engaged in breaking down stereotypes. In Montenegro we are working on deconstructing all myths beside those political, because we are afraid for our existence, but I believe that that will one day change”, said Stela Mišković. Professor Nerzuk Ćurak said that theater could become a factor for a global de-politicization. “We are living in times where language of chauvinism and fascism is being normalized. This is lasting for a few years now, and everything which is happening in some countries in Europe indicates that there is not a light space ahead. The function of arts is that they questions these dangerous policies and ideologies”, said Ćurak while adding that the world is entering a new stage where things that we had though were left on the history’s dump are in fact triumphing. “I don’t like it when plays are offensive and when they want to direct people’s opinions in such a way. I like more to make performances that will actually initiate discussions about what is the correct view on something or someone. What we do affects us and other people and because of it we have a great responsibility”, stated by Cezary Tomaszewski. This was the fourth in a line of MESS Forums, where performances were used as motifs for conversations about the most current questions of today.