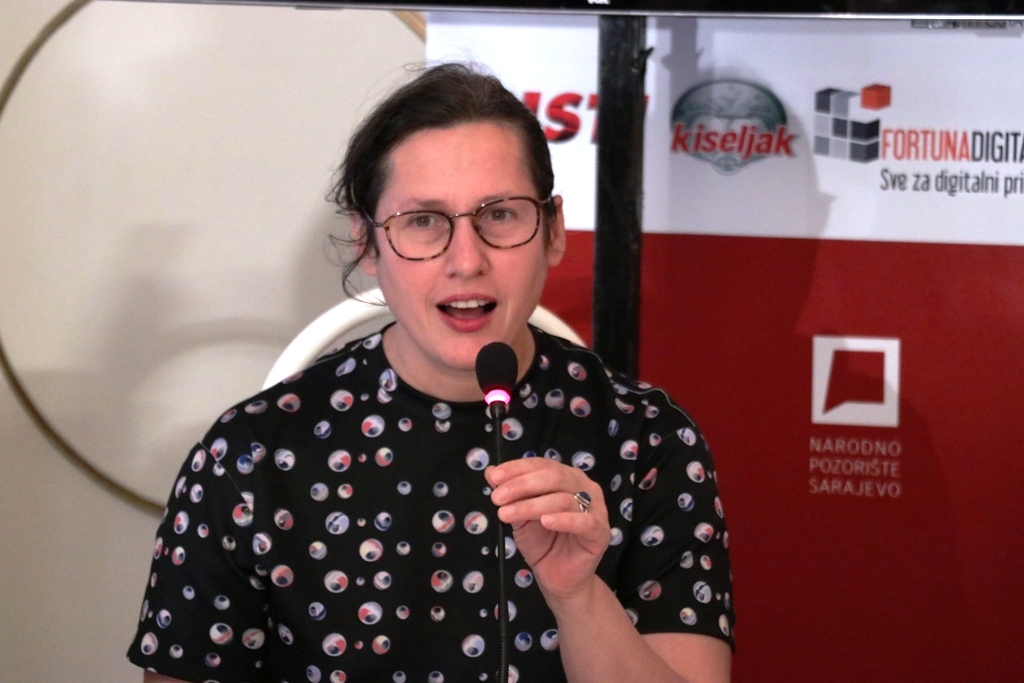 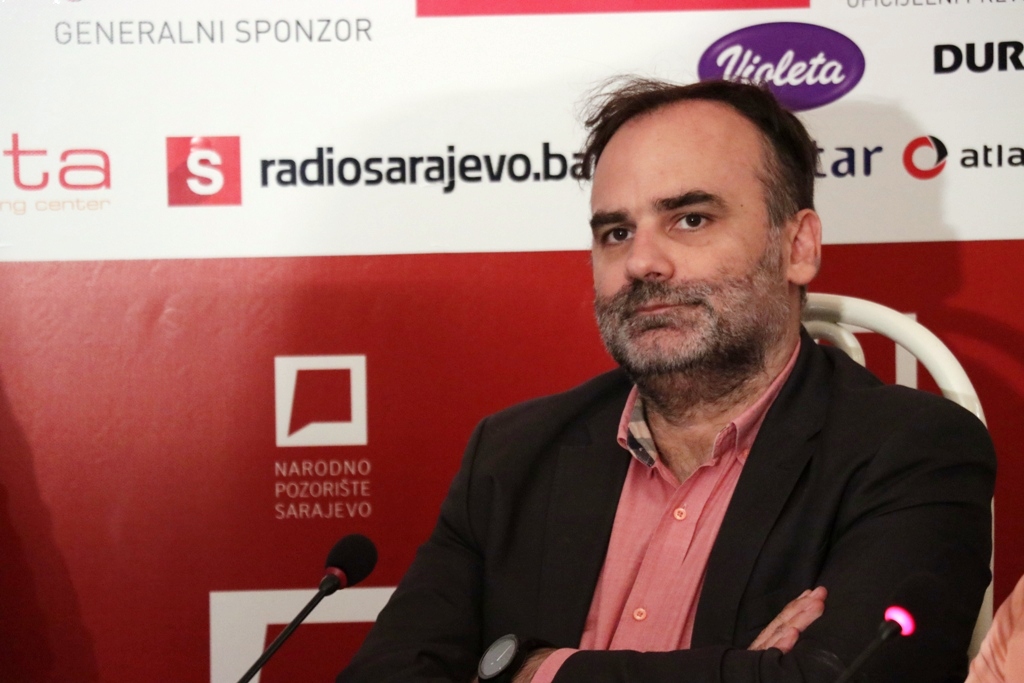 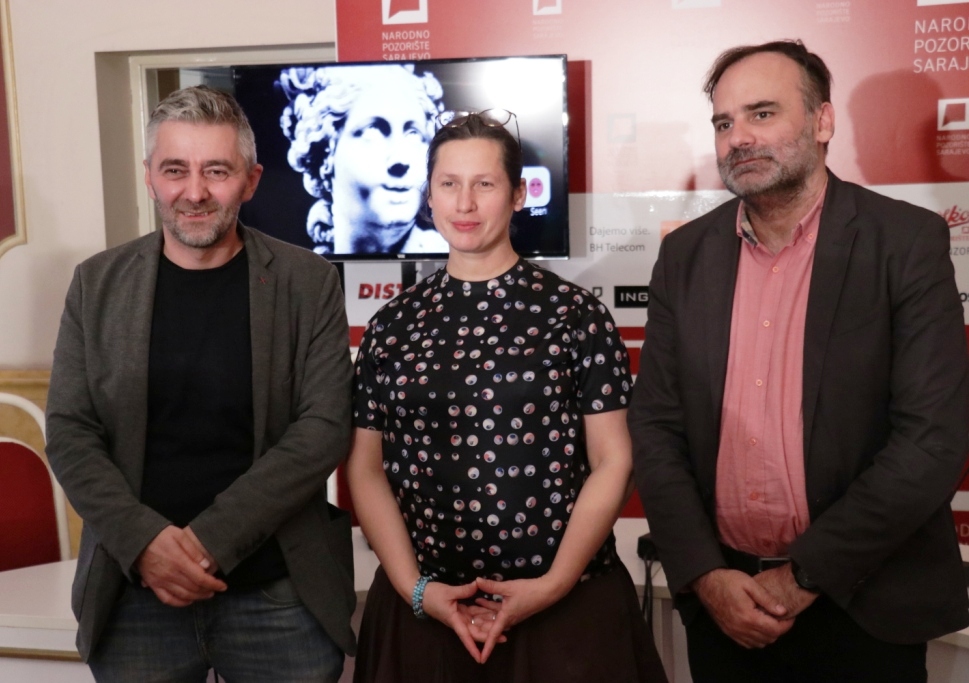 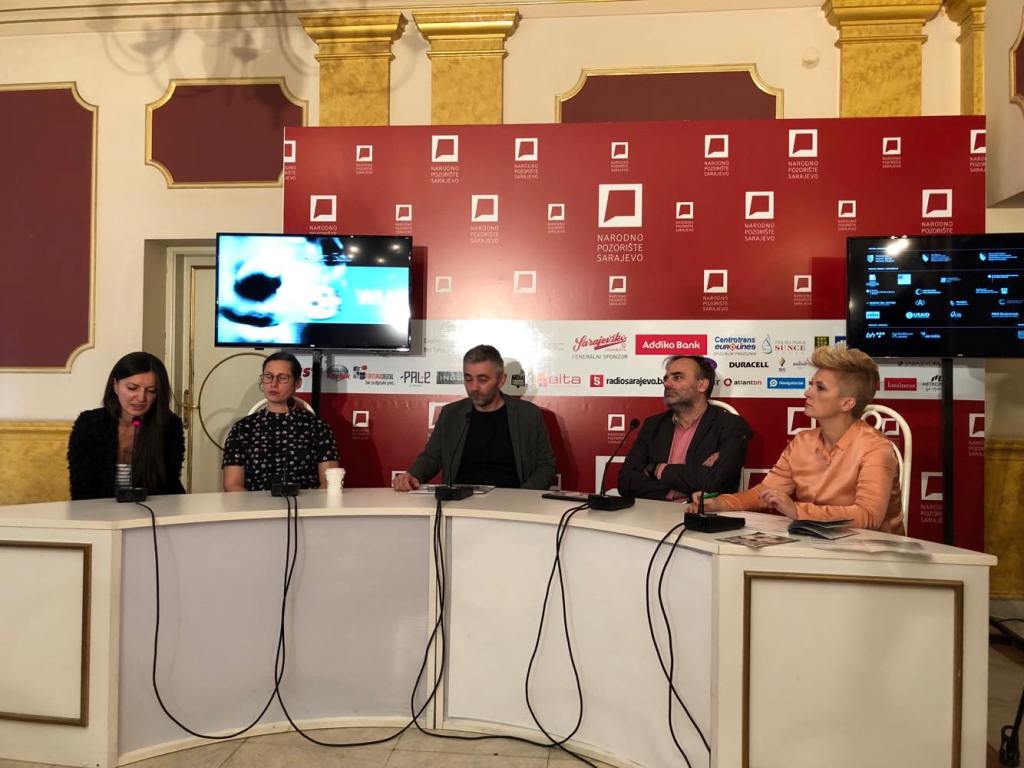 “A beautiful, exciting, and dynamic festival is ahead of us”, noted by Dino Mustafić at today’s press conference where the opening of the 58th International Theater Festival MESS was announced. As a space for alternative thought from dominant narratives and an avant-garde festival which is grounded in its tradition, MESS Festival will open its doors from September 29th until October 6th for all the people belonging to a grand theatrical planet, and the programme that is composed of 23 performances from 17 countries, and from four different continents will officially start off on Saturday at 8 PM with a performance “Open for Everything” by the worldrenowned Constanza Macras. The BiH public will be able to watch the opening ceremony through a direct television broadcast at BHT 1 from 7.30 PM. While emphasizing that she is very happy to be back at MESS, Constanza Macras noted that the topic of the play is universal and that it speaks on the xenophobic relationship toward the Roma. “In a certain specific way, we wanted to show how the Roma actually live. We didn’t want to make a romantic story about the Roma, nor to fall into a trap of standardized clichés by which the Roma are represented today. It is very important that the play, which came about in 2012 is performed even today while there is an actual migrant crisis and while the world is relating toward that population of people in a similar xenophobic way”, stated by Macras while also adding that the entire squad,the actors, along with the representatives of the Roma people is composed of artistscoming from Hungary, Czech, Israel, Germany, Argentina and the rest of the world. While thanking the embassies and international organizations, the Ministry of Culture and Sport of Canton Sarajevo and the City Administration -in the absence of which there would be no festival, director Nihad Kreševljaković said that the relationship toward culture and art is the reflection of society. “During the next seven days around 400 guests will arrive, and 150 people will be engaged at realizing the festival who will be up working together night and day. Some of them will be working 20 hours per day and those people will put in a total of 52 thousand workhours so that our audience could see all of these performances”, said Kreševljaković, and also noting that MESS retains its quality although its budget is half than that of regional festivals’. “Holding the festival is a victory of art over demagogy and tyranny”, added by Kreševljaković. “We will be watching dramatic, documentarian, dance, music and choreography-based performances. We gave our best in order to show variety, given that MESS is a true place for cultural and theatrical emancipation and a promoter of radical, modern and cosmopolitan theater”, highlighted by Mustafić, while also announcing that the opening will pass in the spirits of the play and will show how theater breaks down borders and barriers.