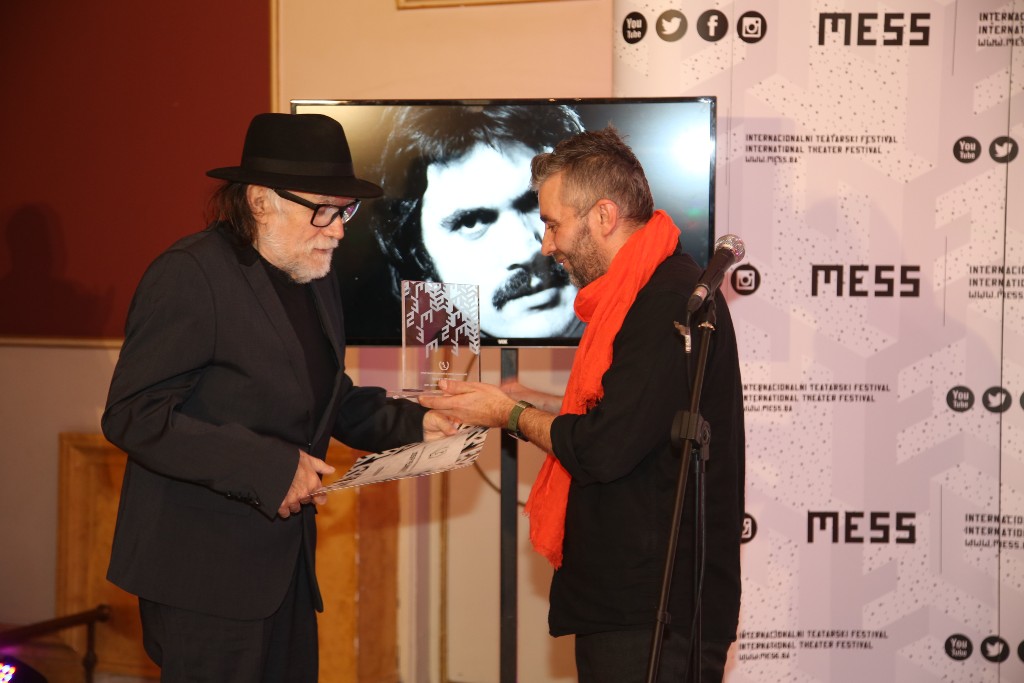 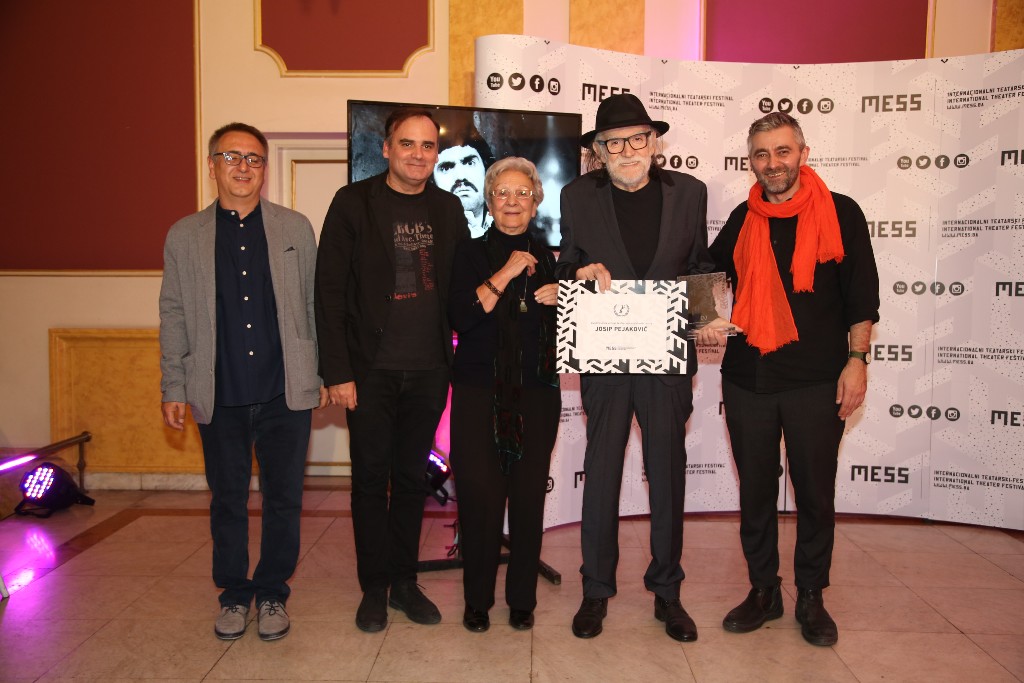 The highest Regard from the MESS Festival Office
“Dear Josip, in the name of an entire generation that you inspired, I thank you. This award is just a small token of appreciation, and I hope that we will be able to see you on stage for years to come”, noted by Artistic Director of MESS Festival Dino Mustafić at tonight’s’ Golden Laurel Wreath award ceremony for contributions to the art of theater to BiH actor Josip Pejaković. The highest Regard from the Festival Office was awarded for “an impressive acting career, dedication to performing arts, and roles that determined some of the brightest chapters of Bosnian Theater”. “A lot has happened between my first, and last role. I had worked with huge directors and actors. I always proudly claimed my being an actor from the National Theater Sarajevo. I will still inflict misery to those who do not appreciate what we do, and professions in theater and film, as well as jazz are best representations of this country“, stated by Pejaković in his address while thanking friends and family on their support. Actress Kaća Dorić, his first acting mentor, noted that Pejaković was a special student, and that she had known from the beginning that he will not settle with things small. “After the mentorship, I had had the pleasure of being an acting partner to Josip Pejaković, which was an incredible experience. They say that teacher is happiest when surpassed by his student, and that is not something popular among us actors. However, I had accepted that, because that is true to fact, so I can say that it truly is an incredible feeling when student surpasses their teacher”, said Dorić. Dramatist, theorist, and professor at the Faculty of Philosophy in Sarajevo Almir Bašović, said that Pejaković had assured him that arts, especially acting, are perfect when they are brought to the level of simplicity. “He showed us that sometimes, in acting, emotion is more clearly and intensely conveyed by just a glance, instead of words and movement”, highlighted by Bašović while referring to the acting ingeniousness from Pejaković. “Josip Pejaković is a great man and artist. His unrestrained talent, and a restless and unsettling creative energy, and above all, his human nature and temperament – spawned his acting career”, says in a letter from Slavko Šantić. The award was officially handed by MESS Festival director Nihad Kreševljaković, who expressed his pleasure by this opportunity, because MESS aims to pay tribute to BiH institutions, the people, and those people-institutions who made Bosnia and Herzegovina visible, with letters of gold, on the European and global theatrical map.