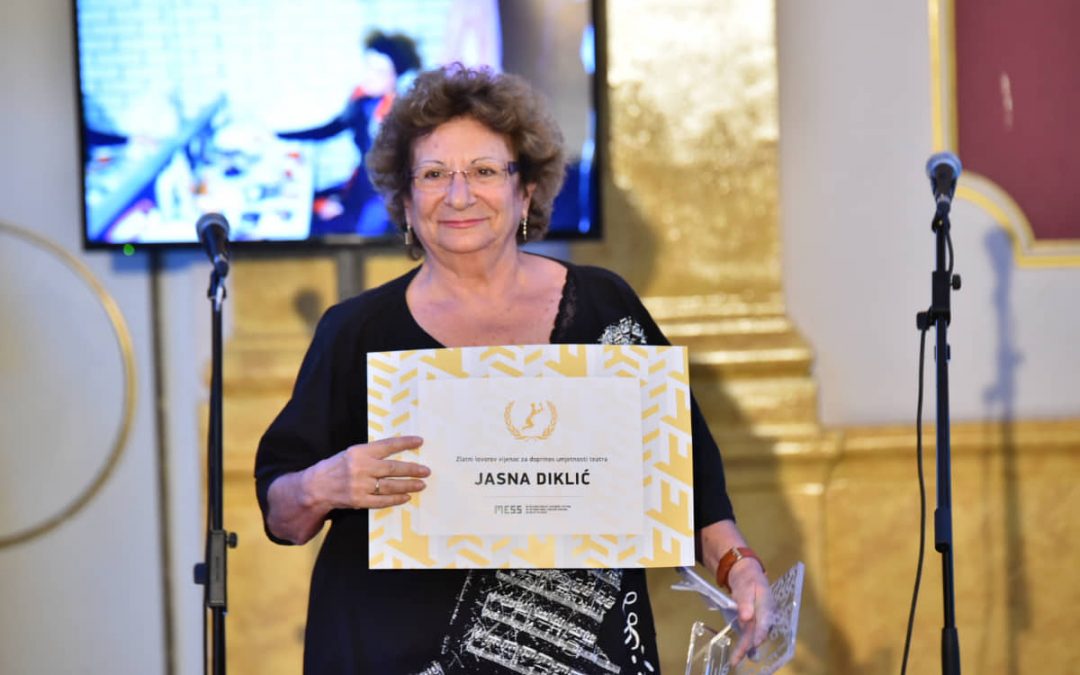 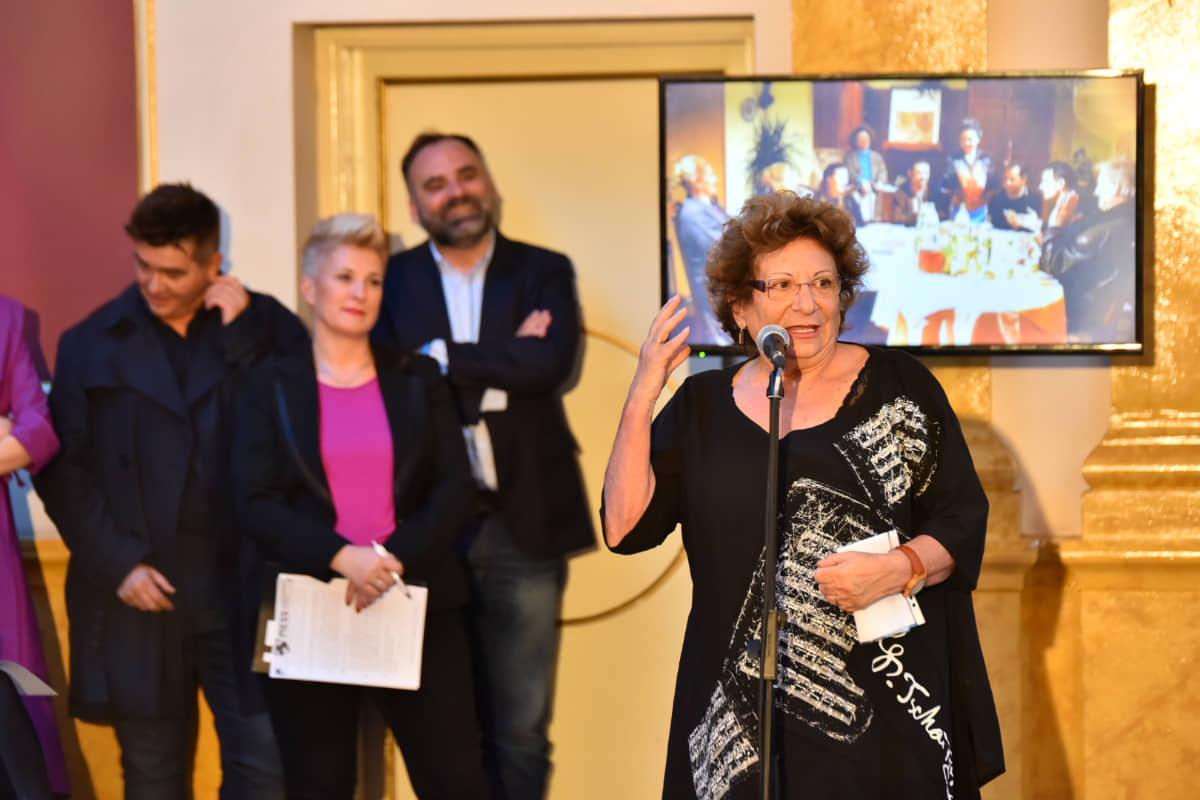 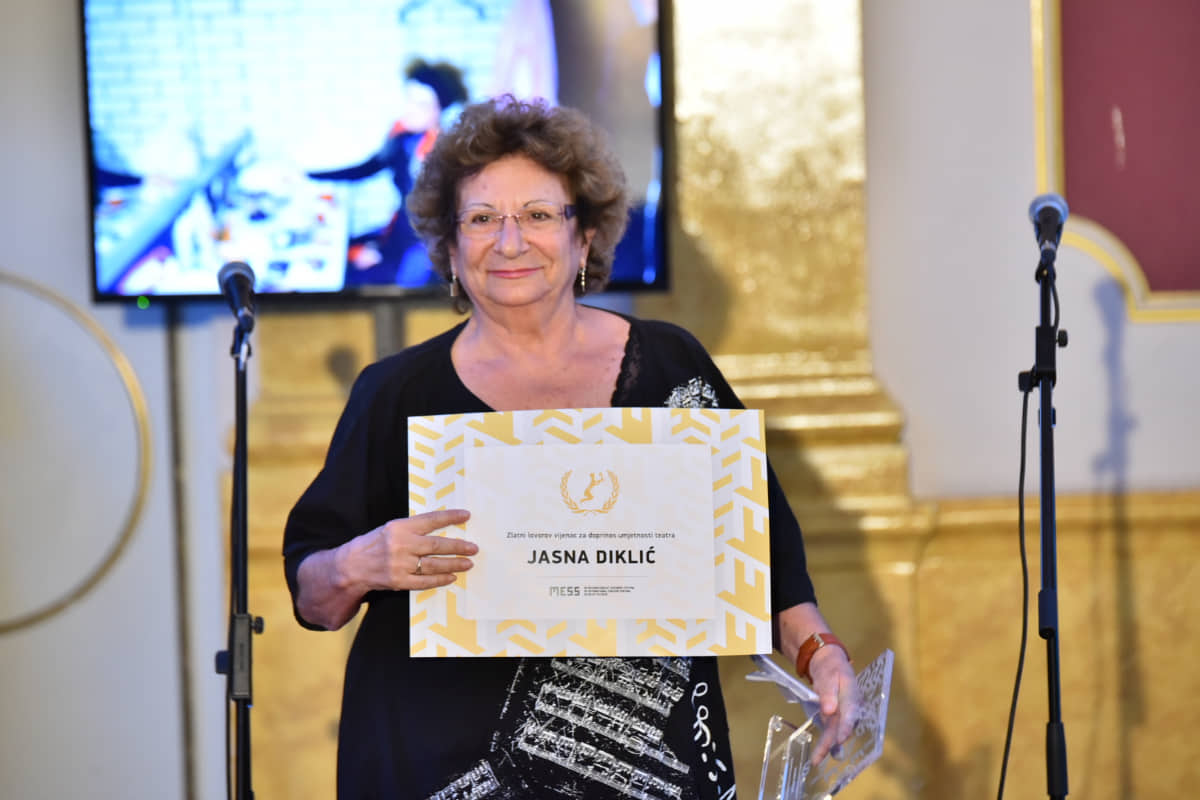 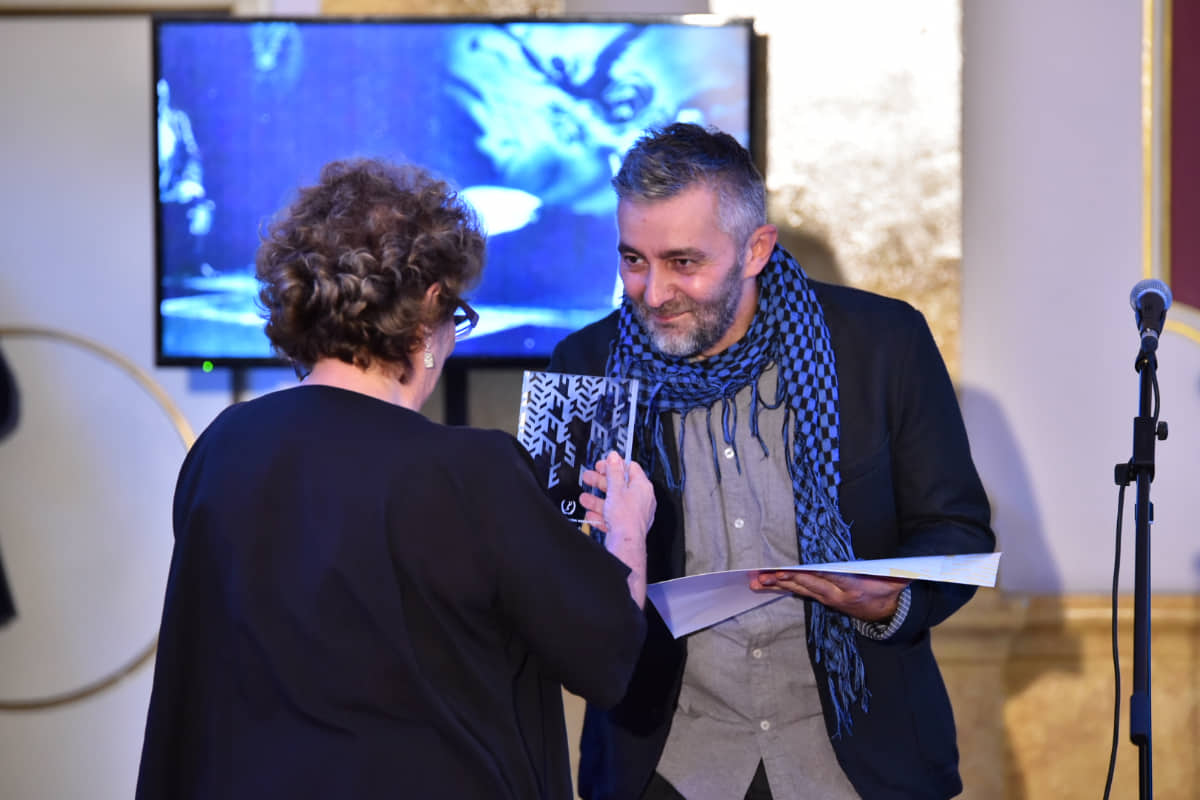 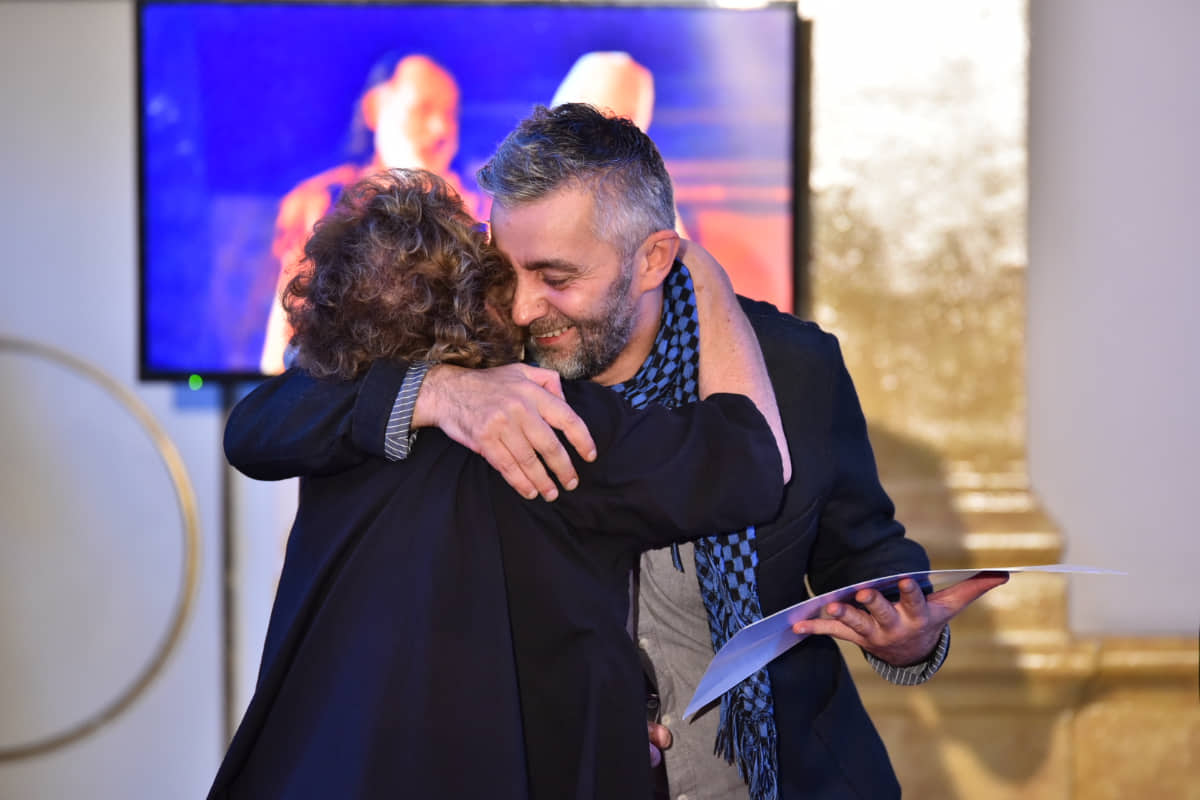 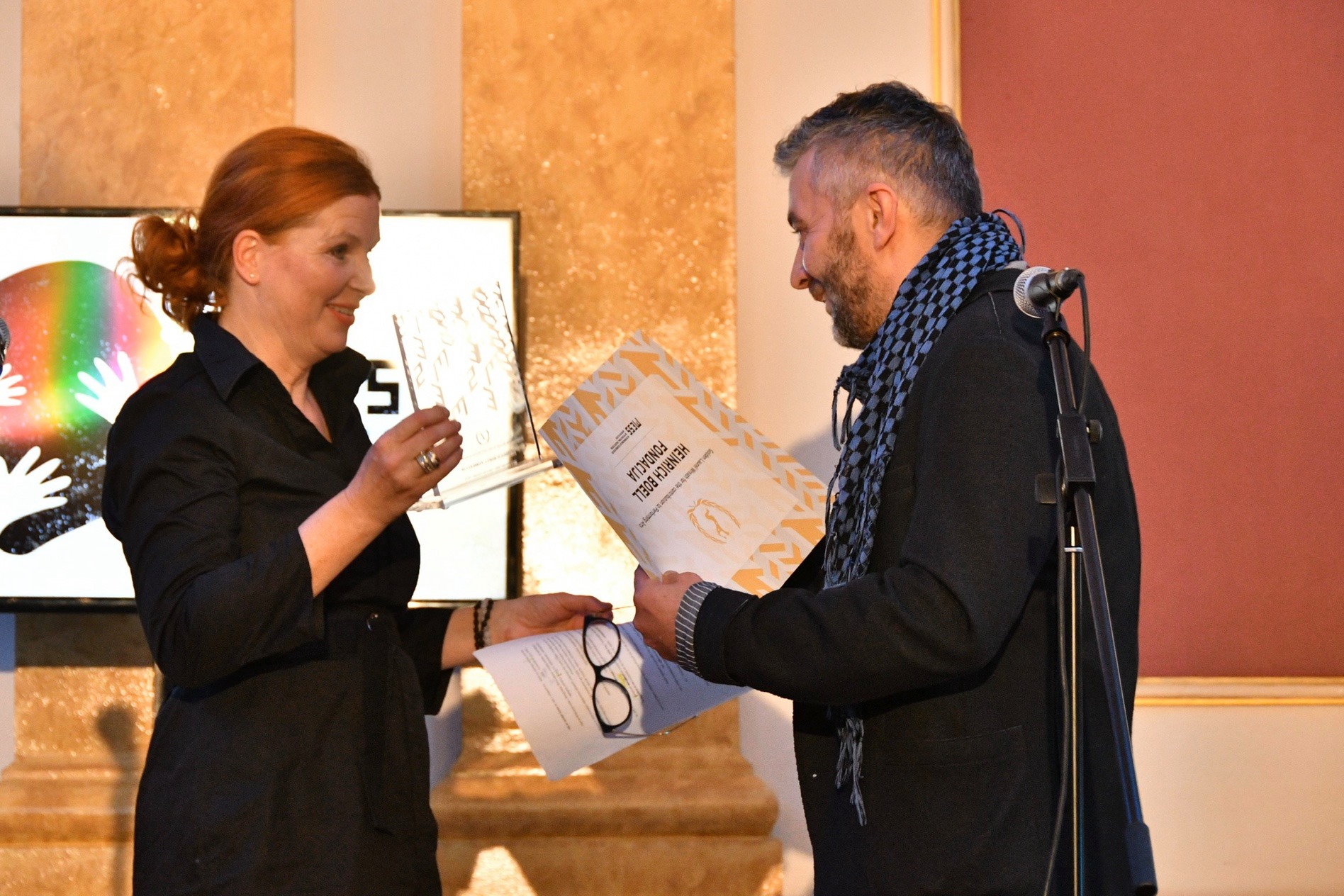 “Being an actress is both difficult and exciting. On stage, we live through victories, defeats, and lead moral battles. Thank you all, my colleagues, my Juventies for the support, my friends and coworkers.”, said Diklić, touched by the ceremony and words from her colleagues, and before all, friends, expressing gratitude to the festival, and all the artist and coworkers for the support and positive regards.

MESS Festival director Nihad Kreševljaković praised the Heinrich Boell Foundation, not only for the long-standing support across programmes such as Memory Module and MESS Festival, but also for a true understanding of the festival’s mission. “Before all, the Heinrich Boell Foundation and MESS Festival share the same values. Characterized by giving equal opportunities to everyone. The Foundation advocates for mutual respect between women and men of different ages, outlooks, ethnic backgrounds or any other category. Intercultural competence and attitude toward diversity are part of their business culture.”, noted by Kreševljaković, while handing the Golden Laurel Wreath Award for Development of Performing Arts to Foundation’s Director, Marion Kraske.

Upon receival of the regard, Maion Kraske replied to the idea of sharing their mission and working on subjects of culture of memory and matters which are often marginalised in society. “We are sure that through art we can activate something that benefits humanity. Art and theatre are important pillars of freedom which is an important factor of a modern, liberal and democratic society. We need to fight for our freedom, and there is no better place for this beside theatre”, Kraske concluded, while thanking the MESS Festival Office for the award and inspiring work.

Director and Artistic Director of MESS Festival Dino Mustafić referred to the long-standing collaboration with Jasna Diklić, while praising her talent and her contribution to the artistic community. “There is almost no performance that I work on in Sarajevo, that doesn’t include Jasna. She has always been unconventional, and the energy that she had invested while working with children is incredible”, Mustafić stated, also adding how he had invented a character in his latest novel-based performance only so that she can have a place in it.

“When I think about my roles and when thinking about what is dearest to me, it always comes down to playing together with Jasna. Dear Jasna, I respect you very much and love you and hope that you continue to bring happiness for a long time”, said actor Aleksandar Seksan, when thanking his colleague for the amazing support, encouragement and advice.

While referring to the rich experience and openness of spirit of jasna Diklić, her mentor, colleague and friend, dramaturge Asja Krasmanović congratulated her for her success, and noted how she can’t wait to collaborate together on future projects. “And while we celebrate all that she has done in the past fifty years with this award, I would like to celebrate all the she will do next: new theatre and film roles, new Juventafest editions, and even the columns that she is tirelessly writing, and I’d like to celebrate especially because of all the young people who are to become top artists because of Jasna in the future”, said Krasmanović.