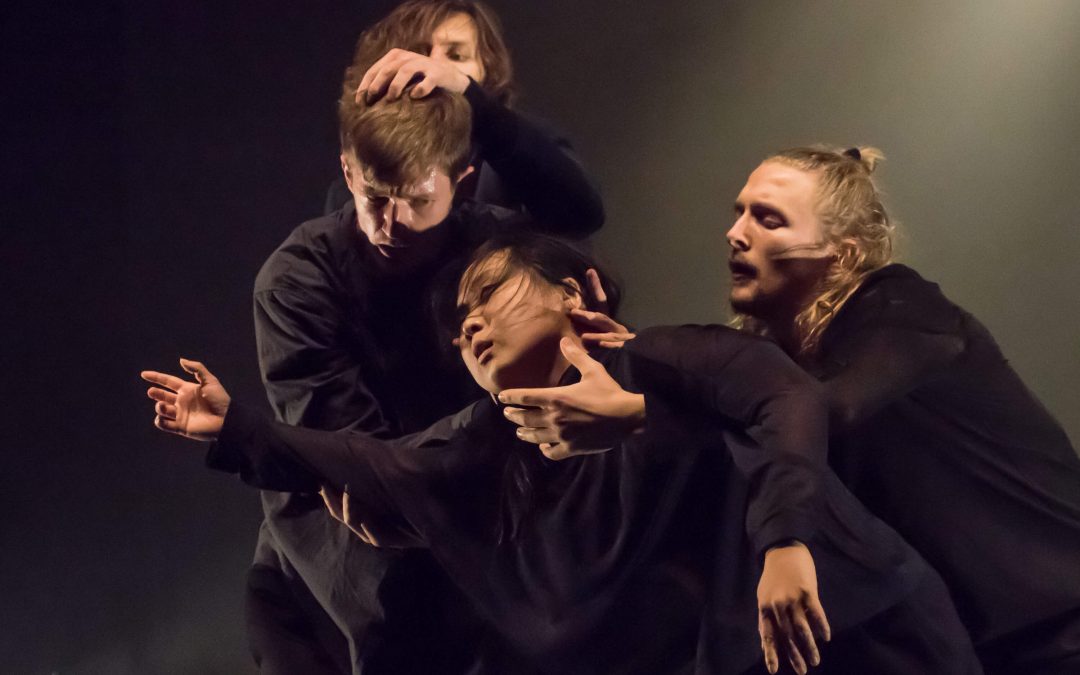 Playing last evening, as part of the 58th MESS Festival, was a dance performance “You are Not the One Who Shall Live Long”, by the dance group DOT504. The performance explores human weaknesses and needs, which are requesting satisfaction at all cost, in a brave and energetic manner. It begins with a dancer standing in front of a microphone completely still and speaking on about existence and death. The image appears like one from a dark tale. When his story ends, a mobile crowd sweeps behind him, transforming before our very eyes to shapes of insects and robots, most likely representing the genesis of the idea from the piece – the genesis of human needs and his/her increasing appetites. After this effective prologue, the dancer Hyaejin Lee appears, with a dance inspired by martial arts, and after a brief solo dance, she becomes a marionette in the hands of three dancers. They speak through her, taking full control over her body and actions. While they are reminding of animals, through aggressive movement, simulating sex, consuming narcotics and committing violence, also alluding at the primitive needs’ satisfaction, the dancer emits pain and despair seen from her facial expressions and body movements. She is symbolic of those weak, damaged and without a voice, those who nobody can hear. This lack of communication is represented through white cotton balls that the dancers are stuffing up their mouth, while simultaneously trying to speak. In the notional sense, this experiment has a lot to offer, however just in there lies a basic problem – too much is “stuffed” within an hour of duration and not a single line is completely clear and dramaturgically concluded. Everything remains on top of an edge to meaning. The altogether form is loose and imprecisely structured, making it somewhat shapeless and vague. The intent from the authors (Linda Kapetanea and Jozef Frucek) is visible to a point, but articulated insufficiently. The performance reaches its climax at the end, when the dancer strips down Hyaejin and when she dies, powerless in battling the cruelty of the world, and him starting to play with her dead body. When he satisfies another one of his morbid needs, he joins the other men who are eating and drinking by the stage. Life goes on and it doesn’t turn heads at victims.