QUESTIONING CLASSICS IN A NEW SOCIETAL, CULTURAL AND POLITICAL CONTEXT 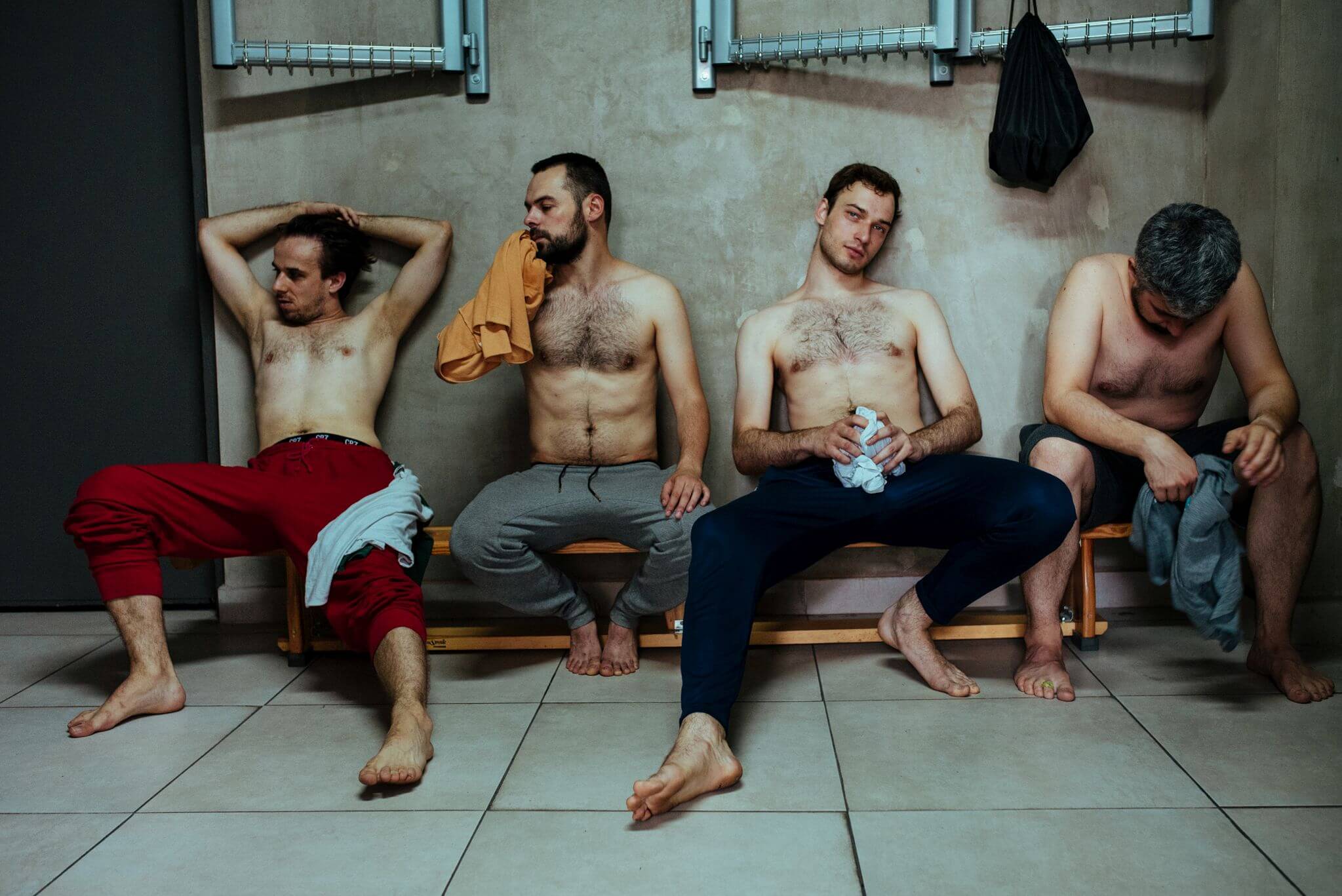 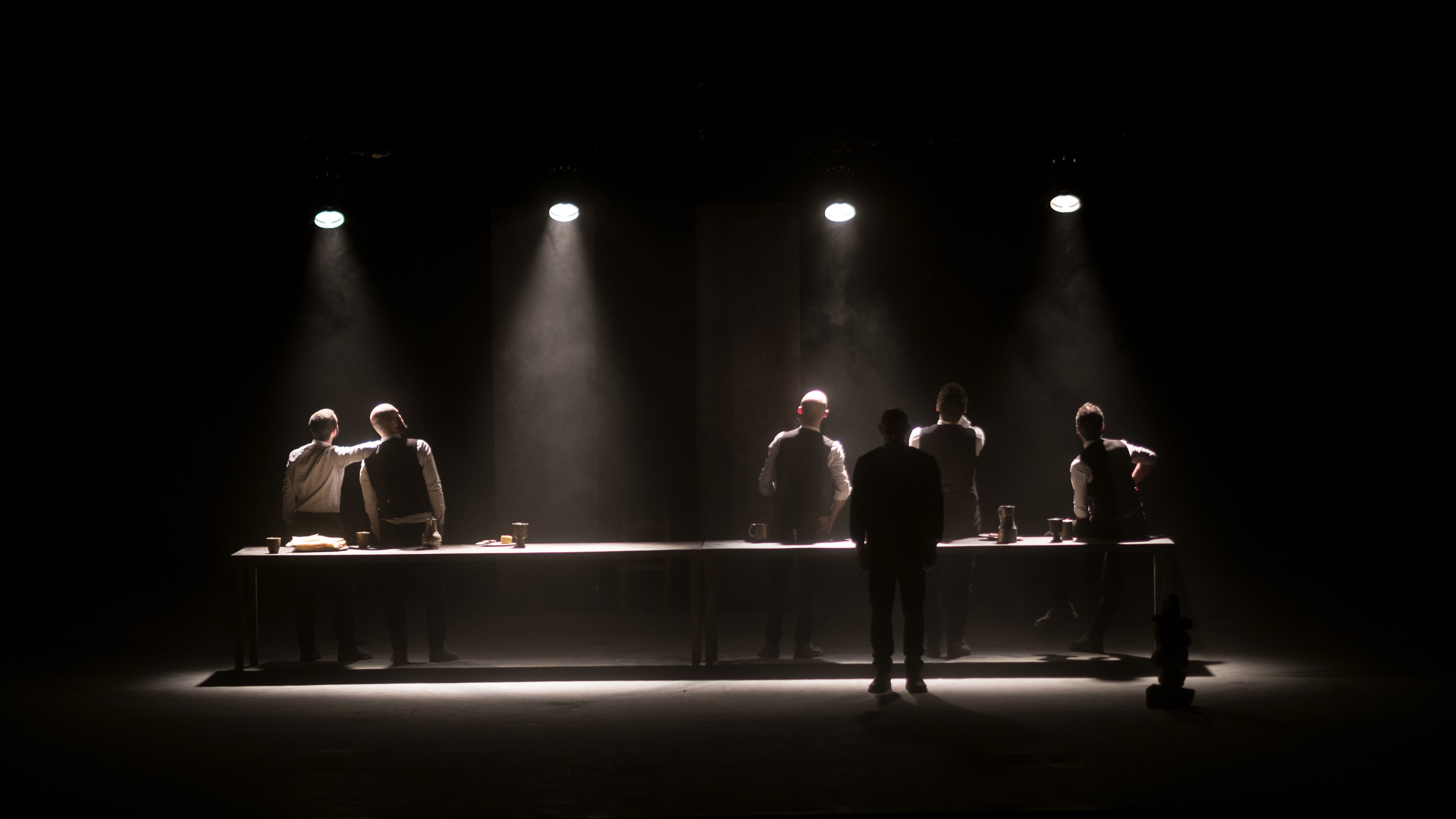 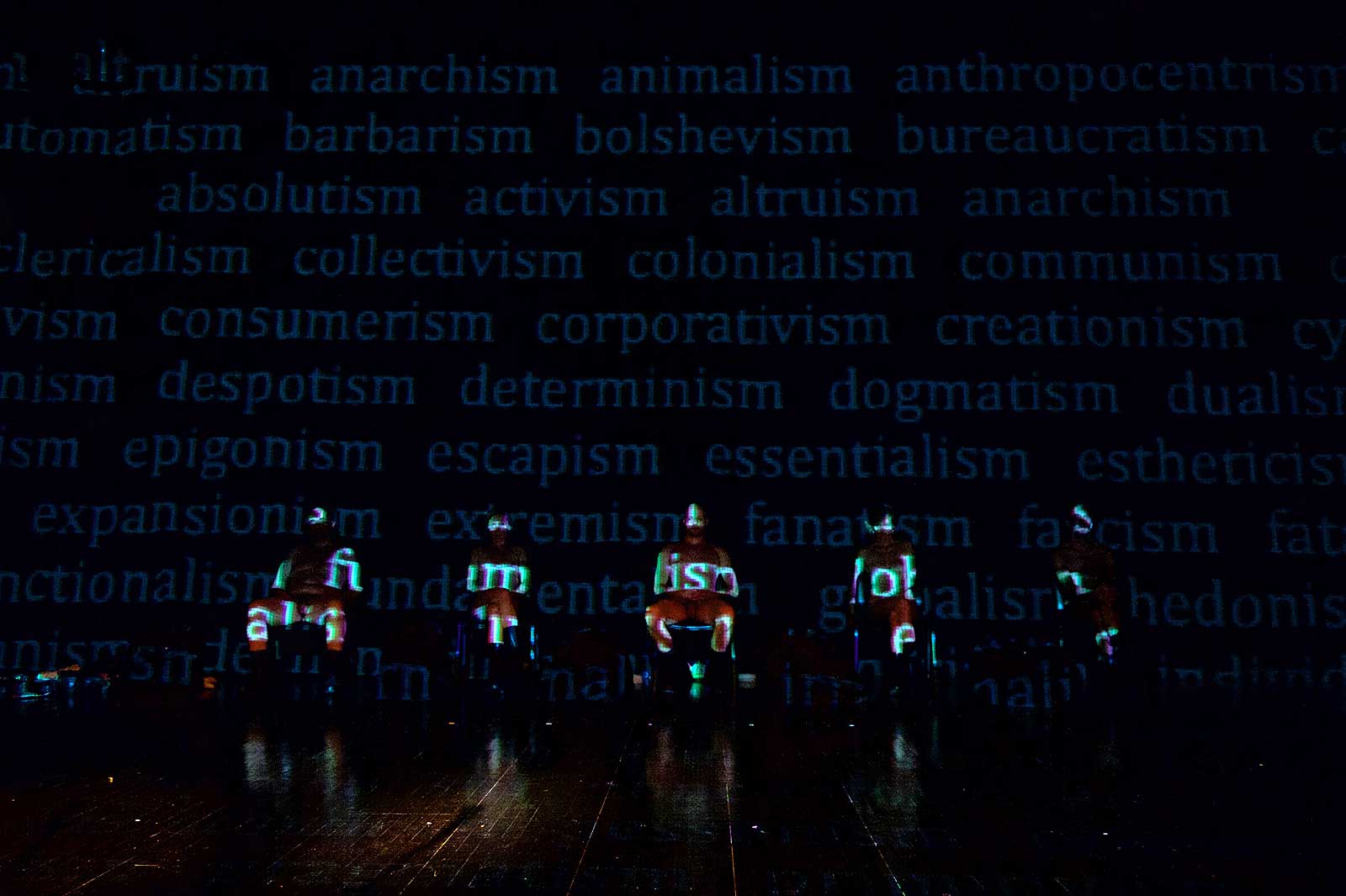 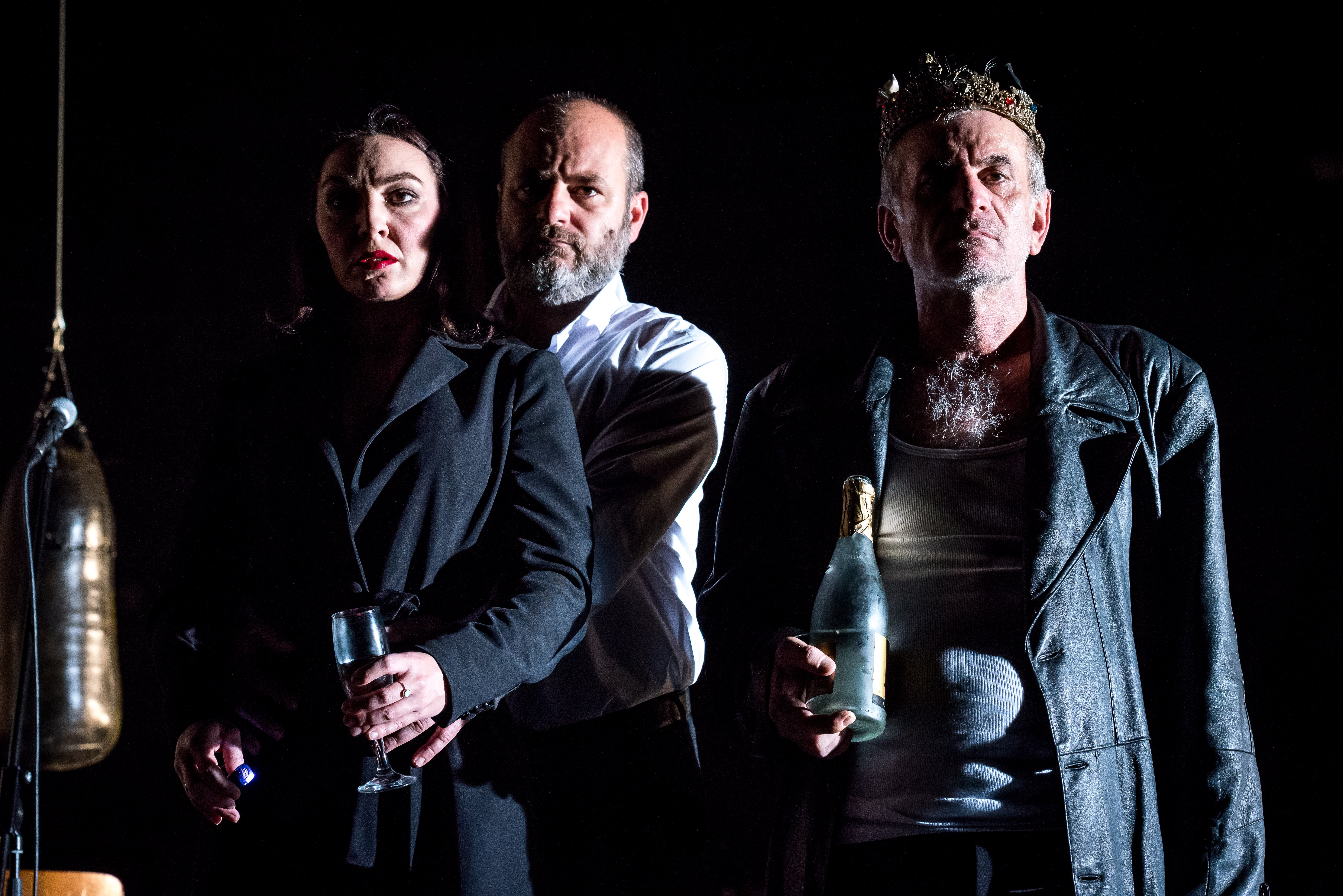 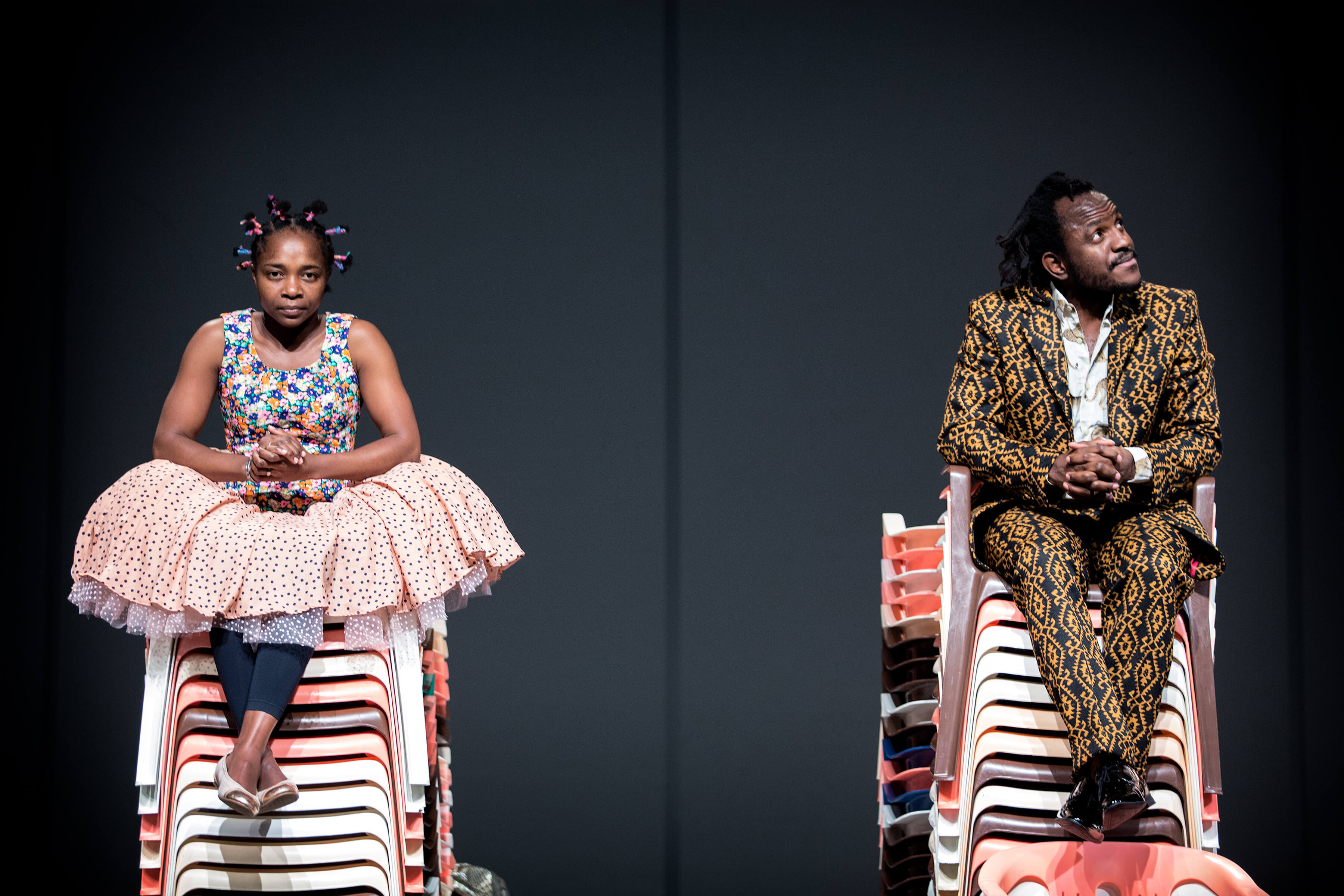 QUESTIONING CLASSICS IN A NEW SOCIETAL, CULTURAL AND POLITICAL CONTEXT

PATRIOTISM, WAR AND HISTORY TOLD THROUGH THEATRIC FARCE NARRATIVE AT THE 58th MESS

(Sarajevo, 26th Sep 2018) From a broad spectrum of stylistic variety which suits the long-running profiling of MESS Festival, especially interesting will be those performances that tell stories inspired by war, patriotism, and historical circumstances by means of theatric farce narrative. Such are «Cezary Goes to War», a Polish production from Komuna Warszawa, «The Ninth» – a production from Slovenian Via Negativa, and «Fin de Mission» created as a German-Cameroonian production by kainkollektiv/OTHNI Laboratoire de Théâtre de Yaoundé. From a MESS-like variety of plays, all the way from dance and physical theater, through musical theater to performances of dramatic crème, a strong impression will also be left by plays that question the classics in a sense of authorship in its cultural and societal context – the political context stemming from their native cultures – such as «Macbettu» and the performance representing BiH, created as a co-production of the National Theater in Sarajevo and MESS Scene «King Lear» directed by Diego de Brea.
When different strategies of resistance from fundamentalist conservatism and autocracy of Rightist parties run out, the art which stimulates critical conscience appears as a universal remedy, often being the case. This time, a performance attempting to do just that was directed by Cezary Tomaszewski, and it is titled «Cezary Goes to War». (Saturday, Oct 6th at 6 PM in SARTR). Slovenian production house Via Negativa arrives with a play «The Ninth» directed by Bojan Jablanovec who had created a performance together with his artists as a response to Beethoven’s Symphony No. 9, a musical piece about the values of humanism, that which is essentially opposed to reality so that in the present times it possesses a cheaply sound. “The grandiose Ninth Symphony leaves everything bare, reduced, and clear. Five naked artists sitting on stools while imitating galloping motions. An ode to joy. Artists as horses. Half men, half horses. Marvelous”, an article from one of the show’s critics which is scheduled for the second slot of the opening evening of the Festival on Sep 29th at 10 PM in SARTR.
In this performance, kainkollektiv and OTHNI, venture together on one of the biggest taboos of German-Cameroonian history: slavery. The encounter of very different music traditions creates a new soundscape that makes contact with the concrete and imaginary landscapes of European-African history: from lament songs to working and resistance chants to European opera repertoire. This is a musical theater performance that brings forward our unknown and repressed heritage from depths of history until it explodes in our ears. «Fin de Mission» is programmed part of MESS Festival and scheduled on Oct 6th at 7.30 PM in the National Theater Sarajevo.
«Macbettu» is Shakespeare’s „Macbeth“, performed in Sardinian and, in the pure Elizabethan tradition, by an all-male cast. Here we have gloomy sounds of cowbells and ancient instruments, the animal skins, the horns, the cork. The power of the gestures and of the voice, the kinship to Dionysius and, at the same time, the incredible formal precision of the dances and chants. (Oct 3rd, 7.30 PM, National Theater Sarajevo) From the variety of social and political drama, the director of Sarajevo’s King Lear Diego de Brea gradually leads Shakespeare’s story to the area of family, and, ultimately, the most intimate tragedy of a ruler from long ago, now a king without crown or throne, defeated by his own hand, and a saddened father who had disowned not only his rule, but also his own daughter. (Oct 2nd, 7.30 PM, National Theater Sarajevo).
Information on tickets, as well as the entire programme are available on the official Festival website www.mess.ba.