Sylphidarium / Maria Taglioni on the Ground 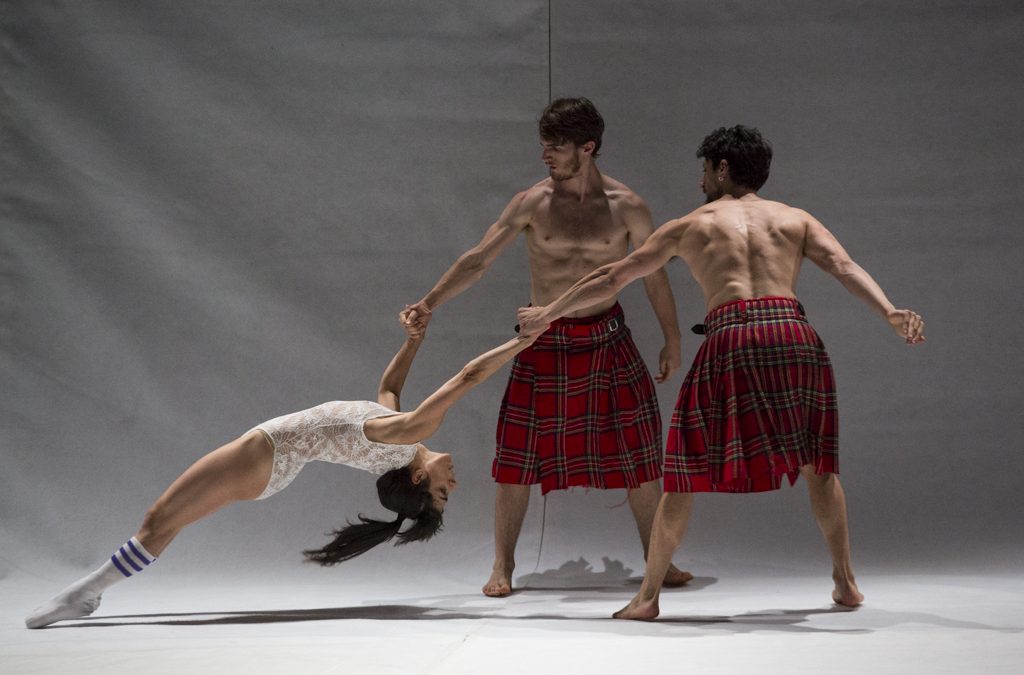 Sylphidarium / Maria Taglioni on the Ground

Playing on the third day of the International Theater Festival MESS in the Sarajevo War Theater, is a chorographical performance Sylphidarium/Maria Taglioni on the Ground, by CollettivO CineticO, directed by Francesca Pennini. The performance is started-off by the voice of a narrator introducing us into the story that will unfold before us later on, and presenting us with its participants. Specific and imaginative costumes (Francesca Pennini and the dancers) are a very important scenic element, because they define the “beings” that are presenting themselves to us. Through the story of the narrator we discover that there exist creatures of Earth (James, Effie, Madge, and Grun), and creatures of fantasy (Sylphe). The act begins on the day of the wedding of James and Effie, when James dreams of Sylphe and wakes up in love. Madge the witch, who is not invited to the wedding, decides on revenge by “helping” James to get to Sylphe by giving him a poisonous scarf that he will use to catch her. However, since creatures of Earth and creatures of fantasy cannot connect, Sylphe dies from touching the scarf, and Effie leaves with Grun who is secretly in love with her. Later on, this banal fable transforms before our eyes into an attractive choreography full of meaning and symbolism. The dancers shift from “creature” to “creature”, and from costume to costume, trivializing all that is material by doing so, erasing borders between genders and accentuating that differences existing between people only on the outside. The thick metaphoricity, the artistry in the scenic expression, the beauty of movement, the play of lights, and above all, the original costumes are what provides the particularity to this performance. A visually and semantically important scene in which naked dancers sit around a pile of pop-corn representing the dead body of Sylphe, symbolically refers to the Heavens and the Sacramental bread, and in the same time is speaks about us all being equal – when you throw away prejudice on differences (costumes), i.e. when you renounce the “outside”. The play ends with instructions for aerobic exercises and dancers frantically attempting to keep up with the tempo, which is directly referring to today’s times, the speed of living, the disrupted value system, and it is pushing us to think about that which we really are.