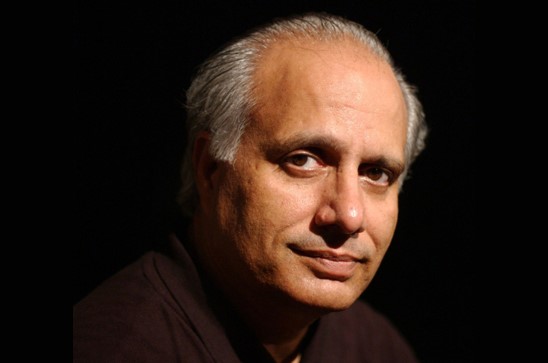 “Theatre as a Shrine”

It is a great honor for me to write the World Theatre Day 2020 Message. It is a most humbling feeling but it is also an exciting thought that Pakistani theatre and Pakistan itself, has been recognized by the ITI, the most influential and representative world theatre body of our times. This honour is also a tribute to Madeeha Gauhar1, theatre icon and Ajoka Theatre2 founder, also my life partner, who passed away two years ago. The Ajoka team has come a long, hard way, literally from Street to Theatre. But that is the story of many a theatre group, I am sure. It is never easy or smooth sailing. It is always a struggle.

I come from a predominantly Muslim country, which has seen several military dictatorships, the horrible onslaught of religious extremists and three wars with neighboring India, with whom we share thousands of years of history and heritage. Today we still live in fear of a full-blown war with our twin-brother neighbor, even a nuclear war, as both countries now have nuclear weapons.

We sometimes say in jest; “bad times are a good time for theatre”. There is no dearth of challenges to be faced, contradictions to be exposed and status quo to be subverted. My theatre group, Ajoka and I have been walking this tightrope for over 36 years now. It has indeed been a tight rope: to maintain the balance between entertainment and education, between searching and learning from the past and preparing for the future, between creative free expression and adventurous showdowns with authority, between socially critical and financially viable theatre, between reaching out to the masses and being avant-garde. One may say that a theatre-maker has to be a conjurer, a magician.

In Pakistan, a clear division has existed between the Sacred and the Profane. For the Profane, there is no room for religious questioning, while for the Sacred, there is no possibility of open debate or new ideas. In fact, the conservative establishment consider art and culture out of bounds for its “sacred games”. So, the playing field for the performing artists has been like a hurdles race. They have to first prove their credentials as good Muslims and compliant citizens and also try to establish that dance, music and theatre are “allowed” in Islam. A large number of observant Muslims have hence been reluctant to embrace the performing arts even though the elements of dance, music and theatre are embedded in their daily lives. And then we stumbled on a sub-culture which had the potential to bring the Sacred and Profane on the same stage.

During the military rule in Pakistan in the 1980s, Ajoka was launched by a group of young artists who challenged the dictatorship through a socially and politically bold theatre of dissent. They found that their feelings, their anger, their anguish, were so amazingly expressed by a Sufi bard3, who lived some 300 years ago. This was the great Sufi poet Bulleh Shah4. Ajoka found it could make politically explosive statements through his poetry, challenging corrupt political authority and bigoted religious establishment. The authorities could ban or banish us but not a revered and popular Sufi poet like Bulleh Shah. We discovered that his life was as dramatic and radical as his poetry, which had earned him fatwas and banishment in his lifetime. I then wrote, “Bulha”, a play about Bulleh Shah’s life and struggle. Bulha, as he is lovingly referred to by the masses across South Asia, was from a tradition of Punjabi Sufi poets who fearlessly challenged the authority of the emperors and the clerical