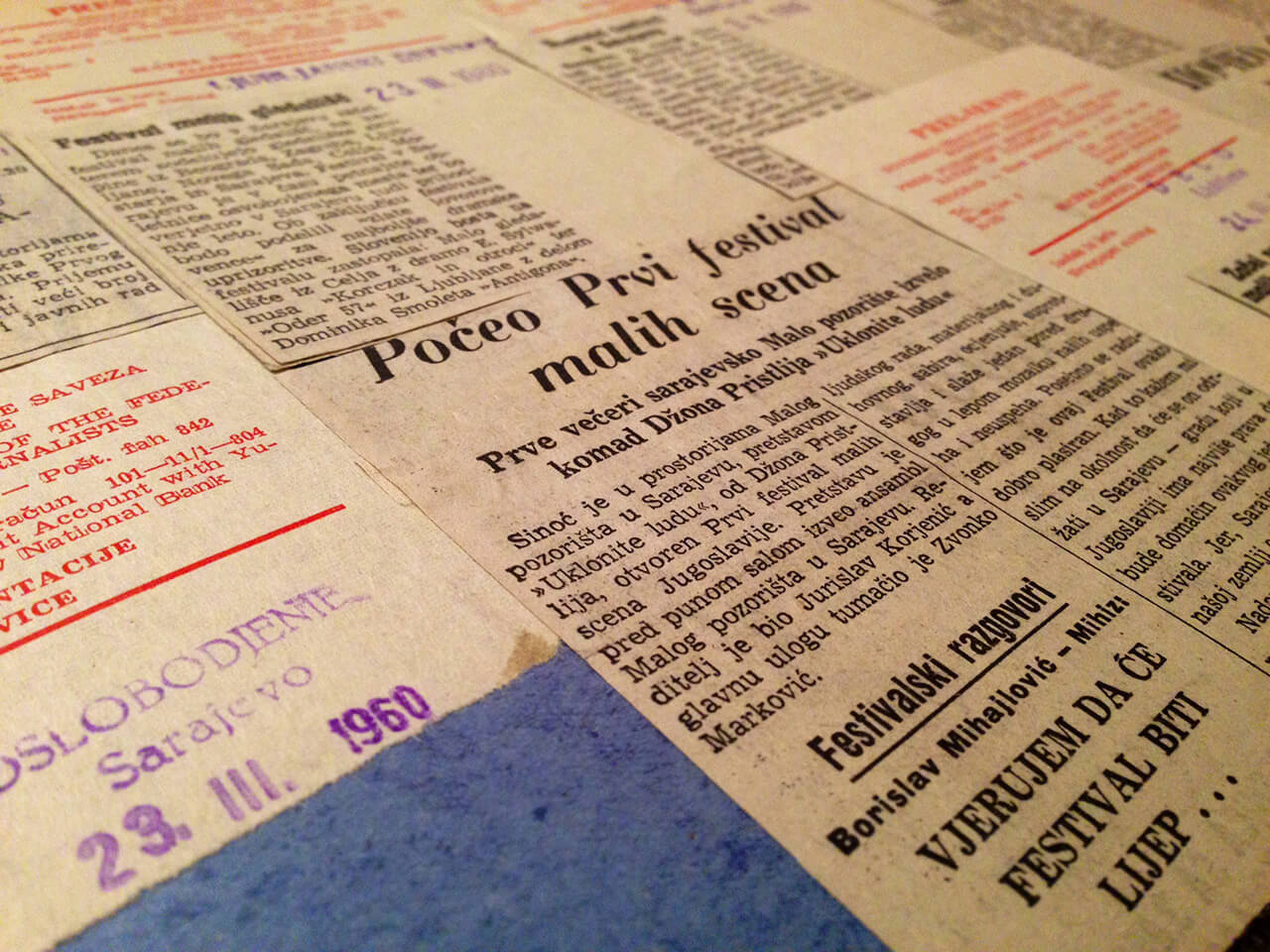 Memory Module is one of the programs of J.U MES, which was first established in 1996. The idea behind this project is to deal with the past, and on the basis of artistic expression. Programs are realized in the following areas: literature, film and theater, fine arts, photography, new media, and is held every year from April 6 to May 9.

As a cultural project by J.U. MESS Memory Module was intended to animate a public debate on the following issues: “How is it possible that today’s, in a united Europe, there are genocide, destruction of cities, cultural and religious heritage? How is it possible that we at the same time witness the exceptional technological development and destruction that progress creates? How to defend yourself from this? What is the effect of all this on art? “

The main goal of this cultural project was to preserve the memory of the tragic past of B&H, as well as the recognition of the cultural and artistic values that occurred during the siege of the city. The project focuses specifically on art as a blend of aesthetic and ethical. MESS, as an institution whose activity was partly profiled exactly in the days of the siege of Sarajevo with this project, on the one hand, reminds us of the times in which the art for citizens of Sarajevo was both a motive and a way of existential survival, while the other tries to preserve some of the values that art showed in these difficult times.